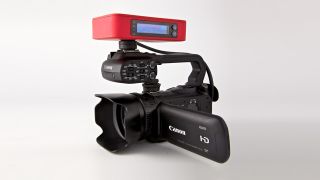 NEW YORK -- Livestream will be rolling out a version of its Broadcaster camera-top live streaming device that has built-in 4G LTE connectivity with Verizon, according to the company’s website. The Livestream Broadcaster was introduced in April of this year. The device is a small hardware encoder that sits on top of a video camera and enables live HD streaming to the Internet. The $495 device could also be used as a desktop encoder when connected to a switcher. It shipped in May with 3G and 4G LTE compatibility, but required a USB dongle or other peripheral device for connectivity.

engadget reports that the new Broadcaster model will also sport its own battery rather than requiring AAs, and will have 5.4 GHz Wi-Fi support. No pricing or ship date are yet available.