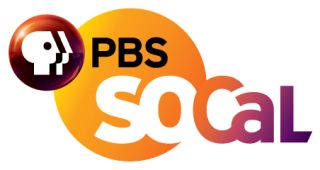 HUNTINGTON BEACH, CALIF. KOCE-TV is preparing for its ascendancy to becoming the primary PBS station in the Los Angeles market. The station will inherit the role when L.A.’s KCET-TV drops its PBS affiliation as of Jan. 1, 2011. KCET is going indie after 40 years because its PBS dues increased too precipitously.

KOCE-TV will become PBS SoCal in January, serving the residents of Los Angeles, Riverside, San Bernardino and Ventura counties and the City of Santa Barbara, in addition to Orange County. KOCE is on Ch. 50.1 over the air, and is being carried by several pay TV providers in the region, including Cox, Time Warner, Charter, Mediacom, Suddenlink, DirecTV, Dish, Verizon’s FiOS and AT&T’s Uverse.

KOCE created a Web site,www.pbssocal.org, to assist folks who watched PBS on KCET to find channel information for KOCE and its PBS sisters, KLCS-TV (Ch. 58-58.4) in Los Angeles and KVCR-TV (Ch. 24.2-4) in San Bernardino.

Also in January, KOCE will provide cable access to the PBS diginet, World. It now carries Christian programming from Daystar on 50.3. Ch. 50.1 is the station’s primary HD feed; 50.2 is the Orange County channel, which will gain expanded carriage and more programming come spring.

Some of the PBS shows carried by KCET will not be on KOCE, including “Nightly Business Report” and “Charlie Rose.” KVCR will carry those, while KLCS will carry KCET’s popular series, “Independent Lens.”
-- Deborah D. McAdams