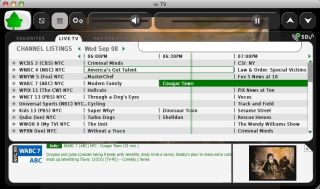 ivi is claiming the right to redistribute TV station signals online under a collective statutory license without regard to retransmission or carriage negotiations. The company filed suit against broadcasters in U.S. District Court in Seattle seeking an affirmation to do so. Broadcasters have filed in a New York federal court, seeking to shut ivi down.

The service, though online, carries local stations--currently those in Seattle and New York. Bringman said Los Angeles is on deck to be “quickly followed” by Philly and Chicago, though the use of encoders by which local stations signals are apparently obtained and redistributed online.

ivi said it’s service got a 320 percent boost in New York during the recent retransmission stand-off between Fox and Cablevision. Actual subscriber numbers were not divulged. ivi is charging $4.99 a month for service after a free 30-day trial.
-- Deborah D. McAdams