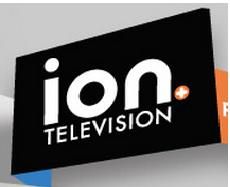 NEW YORK: ION Media Networks announced today its plan to upgrade stations in 10 of its 59 TV markets for Mobile DTV transmission. The work is schedule for the first quarter of this year. ION did not say when the stations would launch Mobile DTV service.

ION is one of the main forces behind the Open Mobile Video Coalition. Its chief, Brandon Burgess, is also head of the OMVC. The media company is also a member of the Mobile Content Venture consortium, which announced deals this week with MobiTV and encryption specialist Nagra-Kudelski.

Each ION station will run dual mobile streams, in accordance with the company’s partnership with the MCV. One will be the main ION TV network; the other, ION’s children’s net, Qubo.ION Television reaches around 98 million TV households through the media company’s 59 owned-and-operated TV stations.
-- Deborah D. McAdams