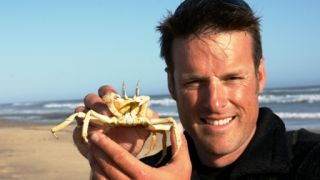 I recently conducted a survey regarding 3D. The majority of the 300 respondents were producers and broadcasters, and their attitude towards 3D was revealing. Overall, interest in 3D had declined in the past year from 18 percent in 2011, to just 12 percent in 2012.

Furthermore, around 32 percent of respondents stated that they were not going to get involved in 3D at all, while another 37 percent said they were still waiting to see what happens. Typical qualitative responses on the subject included: “We have shot in 3D, but have no plans to do so again,” or, at best, “If someone asks us, then we’ll do it.”

While it appears that 3D hasn’t gone away, the market is now reforming. A series of niche players are leading the way, while the rest of the industry waits to see how they do.

Discovery Networks International (DNI) continues to produce 3D content in partnership with Sony and IMAX. John Honeycutt, DNI’s executive vice presiden and CEO, describes the evolution of 3D as “a balance between the gimmick of the technology and quality of the storytelling.” So long as the medium is used to enhance the storytelling, “and not just have something pop out the screen at you,” then it continues to add to the viewer experience, he said.

From "Beautiful Freaks" To prove his point, Honeycutt cited “Beautiful Freaks,” a show that uses 3D to explore the hunting strategies of rare insects and how they use their bodies to survive. “3D gives you an incredible amount of context in terms of how these creatures work,” he said.

According to Robin Broomfield, BSkyB’s 3D operations development manager, the global market for 3D is strong. To feed this market, the satellite PPV broadcaster continues to work with international partners such as Sky Italia and Chinese state broadcaster CCTV on productions.

Broomfield said that major events like Wimbledon—broadcast in 3D for the first time this year—and this year’s Olympics will also drive technology forward, as more viewers experience what the medium is capable of. Event-wise, Sky has had a very busy 3D summer with Broomfield having just managed two back-to-back events: The Isle of Wight Festival and the Goodwood Festival of Speed.

Broomfield added that, from a production point-of-view, the Sky/Telegenic/Sony partnership is becoming far more efficient in the setting up and alignment of 3D productions. He predicted that 3ality’s new auto calibration and auto convergence systems (exhibiting at IBC this year) will speed up this process further, saving more time during the set-up stage in future.

According to Olivier Bovis, Sony Europe’s head of AV Media, glasses-free TV will provide a “second boost factor” for 3D. Meanwhile, John Honeycutt predicted that auto stereoscopic 3D could be as near as 24 months off.

“I watched a prototype of a Sony glasses-free TV set in the States recently, and it was pretty good,” Honeycutt said. “They’ve made significant progress in the space of two years. Give it two more, and I think we could be there. I’ve not heard many conversations about price points though—although I can’t imagine it’s going to be cheap.”

Stream TV Networks claims to be there already with its own “competitively priced” (i.e. the average household will be able to afford) 42- inch and 46-inch glasses-free TV sets. Manufactured through Pegatron, which serves brands such as Apple, HP, Asus and Toshiba, the sets are due out in the fourth quarter of this year.

To deliver on this promise, Stream TV Networks’ proprietary Ultra-D technology combines an optical lens on a panel with a software/hardware layer to convert high-definition images into a format suitable for glasses-free 3D TVs, which is said to eliminate the distorted images produced by multiple viewing angles.

“Other major manufacturers have attempted to solve the picture break-up problem,” said Stream TV Network’s CEO Mathu Rajan. “But our technology is the first that lets a viewer move from side to side without any loss of picture quality.” Rajan added that his firm will be linking up with (as yet undisclosed) partners at IBC this year to demonstrate its technology.

On the 3D transmission side, another company to see at IBC2012 is Italian-based Sisvel. It will be showing its 3D Tile Format, a technique for the formatting of stereoscopic images that integrates two 720p frames within a single 1080p frame. Sisvel claims the 3D Tile Format will provide better transmission quality of 3D content than current solutions, and — because it’s backward compatible — is said to allow broadcasters to transmit to both 2D and 3D users without the need for increased bandwidth.

This 3D/2D-compatible system is already in use at QuartaRete TV in the Piedmont region of Italy as part of its DVB-T broadcast service; and is being tested for implementation by several broadcasters elsewhere. Also at IBC2012, expect updates on Tile Format’s standardization status, with MPEG working to standardize the Tile Format by the end of September 2012.