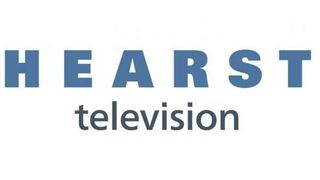 NEW YORK—After the protests and riots that took place over the weekend in response to the killing of George Floyd, Hearst President and CEO Steve Swartz issued a statement in which he shared that three Hearst TV journalists were injured while covering the events and that all were doing fine.

Two of the journalists were injured in Louisville, Ky., and another in Des Moines, Iowa. Swartz also said that many of their journalists were verbally abused, one news vehicle had been vandalized and a few facilities suffered minor damage.

“We couldn’t be more proud of their courage and that of all our journalists serving their communities at this time,” Swartz said in his statement. “They, like all first responders to crisis situations, deserve our admiration and gratitude.”

“Clearly our nation must come to grips with a pattern of unfair and unequal treatment that has gone on far too long, and all of us must ask ourselves as citizens what we can each do to help bring about change.

“For 133 years our journalists have covered issues of vital interest to our nation and the communities they serve. We remain committed to doing so completely and fairly, and we will take all appropriate steps to keep our colleagues safe while they fulfill their mission.”