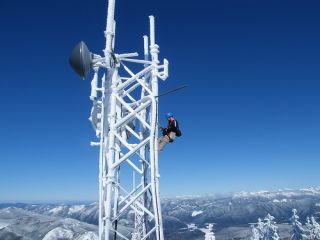 “This action will assist in speeding the deployment of next generation wireless networks while respecting the legitimate concerns of local authorities and preserving local control over zoning and land use policies,” the FCC stated.

The ruling reflects a Congressional mandate that requires that state and local authorities act “within a reasonable period of time” on requests for tower siting. The commission noted that creating a wireless, nationwide broadband system “will require new physical networks, including many new towers.”

Most municipalities deal with tower applications “in a timely fashion,” the agency said, but it found several instances of “unnecessary delays.”

“One challenge mobile operators face is getting timely zoning approvals from state and local officials before building towers or deploying new equipment,” said FCC Chairman Julius Genachowski. “For example, at the time the petition was filed, of the 3,300 pending zoning applications for wireless facilities, over 760 had been pending for more than a year and 180 had been pending for more than three years. There is evidence that in certain jurisdictions the tower siting process is getting longer, even as the need for more towers and for timely decisions is growing.”

Hence, the shot clock. Failure to adhere to the timeframes could involve the court. The FCC noted that if a “jurisdiction ‘fails to act’ on the application within this reasonable time period, applicants may file a claim for relief in court within 30 days of the failure to act,” the commission said. “The court will then decide what action to take based on all the facts of the case.”

The ruling also enjoins state and local governments from denying a siting application from one wireless provider on the grounds that another is serving the area. It also denies a request from the CTIA, a wireless industry lobby, to prevent municipalities from requiring variances or waivers for tower siting.