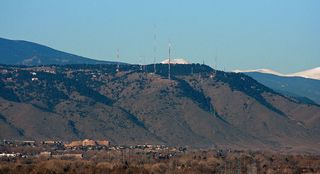 WASHINGTON: The Federal Communications Commission today took the first step to open television broadcast spectrum for broadband use. The commissioners unanimously approved a Notice of Proposed Rulemaking to add new allocations for fixed and land mobile services in the TV spectrum that would be co-primary with broadcasting. The additional designation would make television spectrum equally available at auction for broadcasting and wireless broadband.

The notice also proposes a framework of rules to allow two or more TV stations to operate on a single 6 MHz channel--the current allocation for one full-power TV station license. Channel-sharing stations would retain must-carry rights, the FCC’s Alan Stillwell said. Channel-sharing would not increase or decrease carriage rights on any type of multichannel system. The docket will be open for comment on the technical feasibility of channel sharing.

The FCC’s notice proposes to increase the allowable maximum power for broadcasters in VHF channels--with considerations for interference--and to establish minimum performance standards of indoor antennas.

A VHF reception solution will be a tall order, Commissioner Michael Copps allowed. He recounted the difficulties of resolving the flood of VHF reception complaints following the June 2009 digital transition.

“Real remedies were few and far between,” he said.

Commissioner Meredith Attwell Baker wasn’t at the agency for the DTV transition, but noted that it was only “a year and five months” since broadcasters did the deed. She was the only one of the five commissioners who said current transmission and compression schemes ought to be reconsidered.

“In the future, there needs to be a discussion of the sharing of broadcast and broadband in the TV bands,” including a migration from MPEG-2 to MPEG-4 compression, and from ATSC to OFDM transmission. She also suggested exploring a cellular infrastructure for broadcasting.

Baker said the FCC also needed support from Congress to carry out its intentions, particularly with regard to incentive auctions. The concept behind incentive auctions is to give broadcasters who voluntarily relinquish spectrum licenses a piece of the resulting auction proceeds. The FCC has no legislative mechanism to conduct such a procedure.

Commissioner Robert McDowell approved the item but questioned it as the most efficient route to achieve nationwide wireless broadband--the commission’s stated goal. Broadcasters are already allowed to offer alternatives services, including data services he said.

McDowell was around for the DTV transition and recalled the VHF issues as well.

“Industry and FCC engineers scrambled to overcome reception and interference issues in the VHF channels,” he said. “Before the FCC moves broadcasters back into those channels, I want to understand the ramifications.”

“Public interest multicasting remains all too much a concept, but not a reality,” he said.

The people affected by spectrum policy don’t think about it, he said. They just want their phones and TVs to work. And auctioning off massive amounts of spectrum to incumbent wireless providers isn’t going to result in cheaper service, he said.
-- Deborah D. McAdams