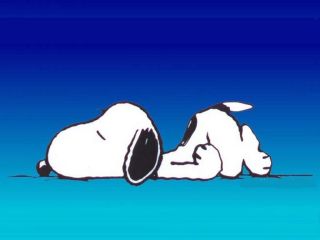 WASHINGTON: The Federal Communications Commission today unanimously passed rules to control the loudness of TV commercials. The order requires all TV stations and cable systems to comply, with different parameters for smaller operators and local versus national ads. The rules go into effect Dec. 13, 2012.

Loudness considers not the volume, but the dynamic range of sound. The rules implement the Commercial Advertising Loudness Mitigation Act passed by Congress a year ago. The CALM Act outlaws TV commercials that are substantially louder than the preceding program or commercial.

For locally inserted commercials, TV stations and cable operators will have to demonstrate they’ve installed the proper equipment and software. For national ads embedded by a network, the network itself must certify that it is within CALM compliance. The networks must make their certification available to all distributors.

“These certifications, though not mandatory, will simplify the safe harbor process for all stations and MVPDs. While consumer complaints about loud commercials have diminished since 2009, we expect that these new rules will reduce loudness complaints still further,” the FCC said in its press release announcing the vote. The Report and Order was not available at post time.

The FCC’s rules incorporate the Advanced Television System Committees Recommended Practice, A/85. The RP sets target loudness at -24 LKFS (a measure of loudness, one unit equaling a decibel), with variations up to +/-2 dB, for content without metadata. The measurement is based on an “anchor element,” most typically the dialog of a program.

The ATSC first published A/85 in 2009 and revised it in July to accommodate non-Dolby Digital (AC-3) audio codecs. The cable industry was particularly concerned about the revision because more than 1,300 cable systems do not use Dolby Digital.

CBS, The CW and CBS Worldwide Distribution were in compliance before the CALM Act was passed, a source at CBS confirmed. CWD programming--shows like “Dr. Phil,” “Inside Edition,” “Jeopardy,” “Judge Judy” and others--are syndicated to ABC, NBC, Fox, MyNetwork TV and independent stations. Fox-owned stations and the network are also in compliance, and the other big broadcast networks are likely to be as well, because loudness has been part and parcel of working out the kinks of digital audio delivery.

Before the digital TV transition, video and audio were carried as one in the analog signal. Digital transmission split the two, leading to lip-sync and other audio issues. Broadcast engineers were working on loudness long before Congress got involved.

The CALM Act nonetheless arose from viewer complaints about excessively loud commercials. The FCC’s Notice of Public Rulemaking, issued May 27, noted that commercial audio levels “have been a leading source of complaints to the Commission since the FCC Consumer Call Center began reporting the top consumer complaints in 2002.”

Also see TVB’s coverage of the ATSC Audio Seminar from the 2010 HPA Retreat:

“Engineers Reach Sound Conclusions”
Tests conducted on people’s tolerance for audio volume variation yields a perceptual diversion of around 2 dB, Dolby’s Ken Hunold said. After that, they’ll likely futz with the volume level, so the idea is to rein it into a perceived comfort level within the broadcast plant.

“How Loud is Too Loud?”
Dynamic range control determines the extremes of that variation. It must be properly channeled through the broadcast distribution chain so that home viewers retain a degree of control over it. Some may want the full effect of teeth-jarring explosions on their 5.1 home theater systems, said Ken Hunold of Dolby.