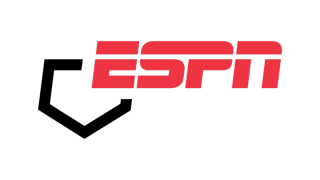 BRISTOL, Conn.—The opening day of the 2020 Major League Baseball season takes place on Thursday, July 23, with a game between the New York Yankees and the Washington Nationals airing on ESPN. But like all other things in 2020, the network’s usual baseball production has been upended.

ESPN has opted to go remote with productions for all baseball games it covers this season, according to a story from Sporttechie.com. To do that it will be using its experience this spring airing games from South Korea’s KBO baseball league and collaborating with the home broadcast team for each game.

The home team’s broadcasters will shoot the game in their usual setup, with a clean world feed being shared with ESPN’s directors and producers in Bristol, Conn., and the network's game announcers from their homes. For games that are airing exclusively on ESPN, home team broadcasters will still man the cameras, but with an ESPN mandated setup of the cameras, including four super slo-mo cameras.

ESPN also plans to unveil some new features to its broadcast, like an animated Statcast 3D product.

For more information on ESPN’s setup for the MLB season, read the full story on Sporttechie.com.