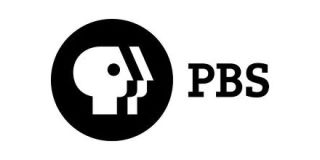 STOCKHOLM AND WASHINGTON--PBS has awarded a multi-million dollar contract to Ericsson to deploy its MPEG-4 based content distribution system to the network’s Next Generation Interconnect System (NGIS). Ericsson will provide its MPEG-4 AVC distribution system to feed HD content to PBS’s nearly 360 TV stations nationwide and will effectively mark the networks’s transition from MPEG-2 to MPEG-4 AVC.

NGIS is an ongoing 10-year project that encompasses capital infrastructure, satellite capacity leases and technical elements of the system used to distribute content from public television producers to stations. The project was announced in 2005 and was designed to replace and significantly upgrade the network’s current infrastructure that enables PBS, regional distributors and other entities to distribute programming for broadcast by public stations. The project uses a hybrid satellite/fiber architecture designed by PBS and Operations and replaces the network’s satellite based backbone, which was prompted by the expiration of the network’s satellite leases in 2006.

“The move by PBS from MPEG-2 to MPEG-4 AVC marks a significant step forward in the quality of service it provides its member stations across America, while at the same time making important operational expenditure savings,” said Staffan Pehrson, Vice President and Head of TV, Ericsson. “Our experience in enabling next-generation TV services and our heritage in HD distribution, combined with a thorough understanding of what consumers want from their TV experience, is the reason so many service providers and broadcasters turn to us to meet their evolving needs. We are pleased to provide PBS with our market-leading video distribution solutions for this exciting deployment that will provide a great range of content to viewers with enhanced quality.”