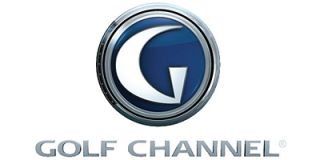 ORLANDO, FLA.: For the tech crew at the Golf Channel, March 15 was a day that loomed large in the cablenet's history.

That day wasn't marked by a major tour event, but was when a two-year process closed with the start of a new era. That process encompassed the Orlando-based sportsnet getting its Curator software "written, proofed and out of the R&D stage, and to the point," said Senior Director of Engineering Ken Botelho, "where we could formally launch."

That moment didn't come a moment too soon. With its 100,000 hours of archival footage, the system will allow the NBC-owned Golf Channel to store and organize that massive collection of content; and, most importantly, retrieve and present that content in a much more expedient fashion than has been possible with its tape-based system.

With valuable hands in the process lent by Cambridge, U.K.-based IPV, the creator of the Curator software; and Sony, the technological upgrade marked the dawn of Golf Channel's new file-based work flow.

The creation of the Curator software has been a close collaboration between Botelho and his broadcast engineering group, which oversees broadcast IT and software development; and Don Browning, an ex-Sony techie who serves as the channel's director of media asset management.

"In order to set the system in place, we had to employ a robust archive solution," said Botelho. "The number of files we move on a given day can reach into the tens of thousands—and that's on top of our actual storage capacity."

Ken Botelho Just how much storage capacity is required at Golf Channel? "We have one of the largest operating Avid ISIS systems that a broadcast network can have," he said, which encompasses 15 ISIS "crates"—with the capacity of just less than 500 terrabytes. And those 500 terrabytes hold more than 100,000 hours of stored media.

The next challenge will be to digitize it for storage, a task that Botelho said will take about five years to complete.

The hard launch of the new system will include the implementation of the search side, first using Curator software, which was developed with a custom interface by IPV just for the Golf Channel.

"It's targeted toward tracking and retrieving video content/information that will be used for research or show production," said Browning, adding that IPV's solution is geared toward golf, "but is also adaptable to many other sports."

But employing the search side of Curator wasn't the only step forward last month, as Golf Channel also launched the other half of the offline system, Golf Logger. "One of its biggest impacts is the ability to use the system remotely from wherever there is an Internet connection," said Browning, "and Logger is the first piece that IPV is launching in HTML 5, which means you can use a browser like Internet Explorer, Safari or Google Chrome to access it.

"In the next version of Curator [slated for release later this year], the logger and the search engine will both have HTML 5," he said.

That is also significant. "This will further revolutionize what we do," said Browning. "For example, Curator will enable us to search for, and recall, video from remote locations worldwide and retrieve the material in full resolution, with a decision list created from Curator."

IPV has also added automated workflow processes, such as segment retrieval from the archive. "In other words," said Cole, "an editor working on a feature segment about a certain golfer can use the search function to identify the relevant clips, then retrieve them for the edit."

Curator has been shipping for 30 months and has been updated five times already. The next release comes out shortly after NAB. "We will be showing some new features at NAB, however," said Cole, "such as multicamera logging, which allows the users to view and log simultaneous multicamera feeds in preparation for a final edit.

"We've also streamlined the process of automatically correlating live tournament data and other popular data sources, including social media, using MetaData Central, an engine that uses Semantic Web techniques to precisely define the data for logging content," he said, reiterating IPV's keening focus on fast-turnaround programming, such as sports, news and reality TV. "This software has a huge potential."

Sony products are at the "front and back" of the technical setup at Golf Channel, according to Alan Gagliardotto, senior product manager for Sony's Professional Solutions of America division. He noted the company's help with its switch from SD to HD with Sony XDCAM and storage.

"Many of Golf Channel's events are shot on XDCAM and auto-ingested into the Avid Interplay environment using NL Technology," said Gagliardotto. "Then during and after production, the Sony Petasite that was installed in 2009, and was upgraded to Linear Tape Open-5 [LTO-5] in 2010, comes into play.

"It allows Golf Channel to protect and meet the near-line production end of its broadcast disaster recovery requirements by keeping multiple copies of files," he said, adding, "We worked closely with the cablenet and its third-party vendors to make this a seamless transition to its file-based workflow."

The results are obvious: "Depending on the source content, Golf Channel can work four-to-six times faster than before the upgrade," Gagliardotto said, "and LTO-5 speed retrieves clips 10 to 20 times faster than real time."

Big files, lots of scalable nearline storage. That's the key. Then consider the nearly 200,000 hours of content that aren't all on one site. "Once they're digitized at 50 Mbps, that [will require] more than three petabytes of storage," he said.

While the loading of that massive amount of content will obviously be an ongoing effort, Curator's ease of use has Botelho and Browning looking forward.

"Consider this," Browning said. "We've gone from using the software database with no video, getting the barcode, contacting the library with the information, retrieval, scanning the whole tape and then making the selection of the appropriate footage before digitization."

It's enough to make last year seem like long ago. "That was before shipping the tape via a FedEx truck, unless it was so important that it was uploaded and sent via satellite," Botelho said.