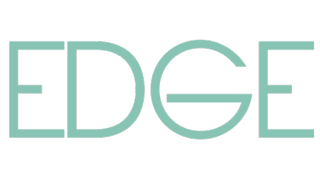 Edge Video says the first test results of its SWAN (Small-world Wide Area Networks) showed a 5x reduction in bandwidth costs, compared with costs of existing server-based architectures. The system enables a live video stream to be captured by the SWAN technology and rebroadcast to viewers where each of the viewers' devices leverage the unused upload capacity to restream fractional portions of the video stream to other viewers.

"This is the most radical product to emerge in Edge Computing" said Joe Ward, CEO of Edge Video. "Video is by far the highest cost application per user on the internet. Here we are enabling a 5x reduction in network egress costs, resulting in a much higher video definition for viewers."

Edge says it's targeting a 10x reduction in bandwidth costs when it announces the next phase of Edge Video SWAN testing in July 2020, “where all cloud computing users at AWS, Microsoft Azure, Google Cloud and Oracle Cloud will be able to soon leverage the Edge Video SWAN technology to substantially reduce server bandwidth (egress) costs and increase video viewing definition as a result.”

More information is available at edgevideo.com.