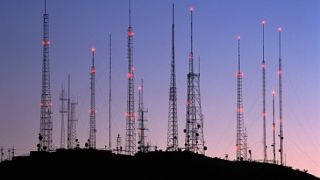 Other racial minorities—which include American Indian/Alaska Natives, Asians, Black/African-Americans, Native Hawaiian/Other Pacific Islanders and persons of two or more races—owned 2% of commercial stations and 3% of non-commercial stations.Black/African-Americans own the most commercial TV stations among racial minorities with 239 of the 2,725 (8.8%); American Indian/Alaska Natives’s 58 non-commercial TV stations (13.5%) lead the way in that category. Full power and low power TV station numbers were down in this group, but slightly up with Class A stations.

The full report on broadcast ownership is available online.

“I have said it before: America’s broadcasters must look like America,” said Starks. “We have much work to do—and it starts with us fulfilling our direct order from the Third Circuit to implement a data program that would help understand the impact of our regulatory efforts on the ability of women and people of color to own stations.”

He also said that it is unacceptable that in 2020 we are operating off of data that is more than two years old, and they must be better at gathering this data in a timely manner.