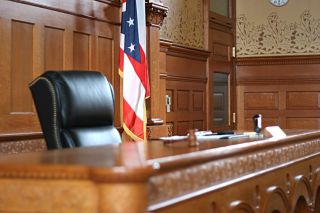 “ivi will appeal to the Second Circuit Court of Appeals, will explore congressional and administrative solutions, and will continue to advance the public's interest in a balanced reading of the copyright law,” the company said in a statement following the injunction.

Judge Naomi Reice Buchwald of the U.S. District Court for the Southern District of New York determined that ivi.tv was illegally transmitting TV signals and enjoined the company from doing so. The decision was released yesterday.

ivi.tv claims it has the right to redistribute TV signals under collective copyright law, having legally defined itself as a cable TV provider. NBC, ABC, CBS, Major League Baseball and several broadcast groups sued ivi.tv, seeking to shut down the service while the courts determined its legal status. Buchwald said that would be unlikely meet the legal definition cable system.

She said that no technology had been allowed to take advantage of the law “to retransmit copyrighted programming to a national audience while not complying with the rules and regulations of the FCC and without consent of the copyright holder.”

“Judge Buchwald’s opinion is premised on her statement that ivi is ‘not complying with the rules and regulations of the FCC,’” the company said in a statement. “This conclusion is simply false, as ivi has met with the all the commissioners’ offices of the FCC repeatedly and has received assurances that we are in full and complete compliance. Judge Buchwald makes the legal mistake of misinterpreting the copyright law to instead make communications policy. Communications policy is the province of the FCC and, by basing a judicial copyright decision on communications regulations to be administered by the FCC, the judge is overstepping her constitutional authority.”

ivi.tv has launched service in Seattle, New York and Los Angeles, and planned to do so in Philadelphia and Chicago. ivi carries signals from ABC, NBC, CBS, Fox, CW and PBS affiliates, and costs $5 a month and is available via a downloable app.

ivi filed suit against broadcasters in U.S. District Court in Seattle seeking an affirmation of its legal definition as a cable operation. Broadcasters then filed with the New York court.

The National Association of Broadcasters welcomed the federal court decision:

“NAB is gratified to learn that the federal court in New York has preliminarily enjoined ivi from continuing its illegal retransmission of broadcast signals over the Internet,” the NAB’s Dennis Wharton said. “In granting the injunction, the court found that ivi should not 'be allowed to continue to steal plaintiffs’ programming for personal gain until a resolution of this case on the merits.’ We agree.”