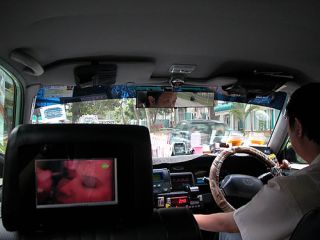 NEW YORK and LOS ANGELES: “Mobile Content Venture” is the official name of the initiative launched by 12 broadcast groups during the NAB Show in April. The venture was formed to create a cohesive national business model for over-the-air mobile digital television, now being demonstrated in Washington, D.C.

The name was released today along with an interim executive leadership team. MCV will be led by Erik Moreno, senior vice president of corporate development for Fox Networks Group, and Salil Dalvi, senior vide president of Mobile Platform Development for NBC Universal Digital Distribution. Both have been appointed interim co-general managers. They’ll be responsible for product development as well as network planning and distribution, which will rely on broadcasters volunteering bandwidth for transmission.

Those receivers were recently subject of an FCC petition filed by the manufacturers because they do not include analog reception capability. By law, anything that decodes over-the-air DTV signals must do the same for analog transmissions. The FCC is considering a waiver of the rule for mobile devices.

See...
May 27, 2010: “Mobile DTV Runs Up Against Analog Tuner Requirement”
The FCC has agreed to consider waiving its dual-tuner requirement for mobile DTV devices.

May 11, 2010:“Mobile DTV Showcase Underway in D.C.”
The intent is to get receivers into the hands of a select group of individuals to draw attention to the free service.