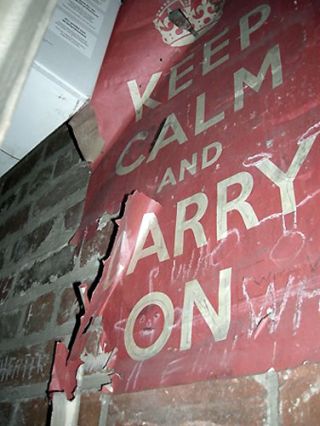 WASHINGTON: There’s more to say about CALM, regulators have decided. The Federal Communications Commission has extended the deadline to reply to comments on its CALM Act docket for the second time. Replies are now due Aug. 1.

The extension request was filed by the Advanced Television Systems Committee, which developed the recommended technical practice for implementing CALM, the Commercial Advertisement Loudness Mitigation Act. Congress passed the law last year in reaction to the sometimes jarring disparity between program and ad audio.

The ATSC, in requesting the extension, told the FCC it had considered the adoption of an amendment to A/85, it’s recommended practice. The amendment, Annex K, addresses loudness management for audio systems that don’t use the AC-3, Dolby Digital codec. The ATSC said Annex K would be published on its website on July 26.

The FCC issued its Notice of Proposed Rulemaking on CALM in late May. Comments were due July 5; replies, July 18. The commission extended both by three days at the request of the cable industry. The National Cable and Telecommunications Association had its convention during the comment period and noted the first deadline was right after the high-summer holiday.

The cable industry contends that the FCC’s implementation of CALM puts too much responsibility on program distributors. The NCTA’s filing noted that a large cable operator conceivably carries millions of local and national commercials “each week, or even each day.” It would be impossible to monitor each channel for CALM compliance, the NCTA said.

“In addition to the impossibility of installing monitoring and measuring equipment, programming contracts often prohibit an operator from adjusting the audio in the digital network’s feed,” the group’s filing said. “...Even if they could, it would make no sense to require them to do so. It would be unnecessary and wasteful to require all 7,500 cable systems to acquire redundant equipment to check the identical network program feed.”

The NCTA asked for the inclusion of a “safe harbor” clause for distributors who make a reasonable effort to comply with regulations. For those who don’t qualify for safe harbor, the NCTA said the FCC should allow them to show “compliance through a variety of alternate means,” such as relying on certification from networks.

The NCTA is a bit dodgy as well on the FCC’s proposal to rely on customer complaints to enforce CALM.

“The commission should make clear that a customer’s simple belief that a commercial is loud is insufficient to find a violation of the rule or to trigger a process of investigation,” the NCTA said. “The FCC should establish a threshold that has to be met before [it] sends a complaint to a cable operator for formal response.”

Another concern mentioned in the NCTA filing involved coverage of non-Dolby Digital systems, which the ATSC’s reply is now addressing. Finally, the cable lobby asked that smaller systems be granted financial hardship waivers. It ask that independent systems with fewer than 15,000 subscribers be exempted from the rules.