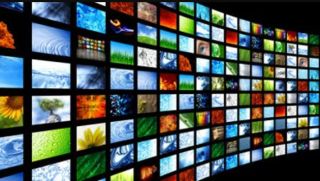 LONDON—Having already made a significant dent in the traditional pay-TV market, there is still a large amount of potential growth for SVOD services in major markets, according to a new study by Ampere Analysis.

Per its latest figures, Ampere estimates that there could be as many as 3 billion additional streaming subscriptions to be had, even as some territories are approaching what Ampere calls a “stacking ceiling.” This is based on the question of how many services an average household will sign up for.

The U.S. has the highest potential ceiling, with Ampere saying that the maximum number of SVOD services per household would be at eight. This is because even as many U.S. households cut the cord, they are continuing to spend the same amount on TV services per year as with pay-TV—around $900. This, Ampere says, means that the stacking behavior for households is based on entertainment budgets.

The ceiling is lower for other markets. In Europe, Ampere estimates the figure to be between two and five services per household. In Brazil, that number is an average of 1.5 per household. Growth in spending on TV outside of the U.S. is still occurring, per Ampere, but the rate of change is low—20%-30% over the next five years.

Another thing that will drive continued growth in SVOD services is the cost of the subscriptions. Lower average prices, driven by competition, will enable more services to be added while still meeting household’s budgets.

However, things that could slow growth is if high-demand content, like sports, certain TV shows and movies, remain on pay-TV.

Ampere finds though that the sweet spot that could see SVOD hit the potential 3 billion additional services is having two to four services per household; even being in the middle of the potential ceiling for the U.S. (four to five services) could allow for such growth.

“To make the most of this capacity, OTT players first need to demonstrate that they are a viable replacement for existing paid-for TV services,” said Daniel Gadher, research manager at Ampere. “This process is ongoing in the U.S. and Canada, but elsewhere in the world, pay-TV has remained resilient. But as U.S. studio content increasingly moves to the online world, the opportunity for new players to take a share of consumer entertainment spending, even in already busy markets, improves.”