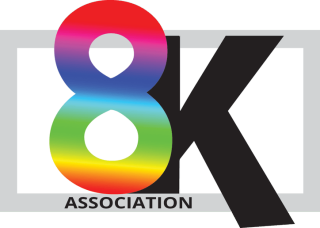 WASHINGTON—Looking back at the advancements in resolution, since the leap from SD to HD, the progression to a higher-quality image has occurred about every seven years, based on data from IHS now Omdia. By 8K Association’s calculations, the transition from 4K to 8K is right on time with this trend.

This was one of the many details about 8K revealed during a recent webinar hosted by Chris Chinnock, executive director of 8KA and president of Insight Media. Chinnock, in a presentation that was based off an 8KA report authored by industry experts, detailed where multiple facets of the 8K ecosystem currently stand and the challenges that stand in the way of its progress. For professionals and consumers, 8K has a lot of parallels to what 4K was dealing with during this particular moment in its evolution.

There’s an increasing number of options for capturing 8K images, as professional equipment is in a good spot to move in sync with 8K as it becomes more commonplace. Specifically for broadcast, Chinnock detailed how brands like Sharp, Sony, Hitachi, Panasonic and Ikegami already have 8K-capable cameras; with Blackmagic already working on 12K cameras. There is also equipment for handling both 8K live and off-line production workflows.

PLUS: 8K Ecosystem Is Ready for Implementation

A good example of these technologies being put to work is in sports production. Many major sporting events have conducted trials with 8K equipment. Had COVID-19 not delayed the 2020 Summer Olympics in Tokyo, they would have been one of the largest sporting events to showcase 8K resolution thus far—Chinnock reported that it is believed that 8K will still be a part of the delayed Tokyo games in 2021, as well as the 2022 Winter Olympics in Beijing and the 2024 Summer Olympics in Paris.

However, challenges remain on the production front when it comes to 8K, primarily processing power, memory and storage, and transport and bandwidth, according to the 8KA report. Still, “trends are all in the right direction” on these issues, said Chinnock.

As for distribution of 8K, more work is needed, Chinnock said. NHK, which has been broadcasting in 8K since December 2018, uses HEVC compression and 80-100 Mbps satellite service, a method that Chinnock believes is not ultimately sustainable.

Satellite, over-the-air and internet delivery (streaming or downloading) all have their current limitations. Even ATSC 3.0 is not currently ready to bring 8K to viewers, as it has limited bandwidth and no 8K definition, per Chinnock.

It’s streaming that is likely to be the leading platform for 8K in the immediate future, though. Chinnock believes that there may be 8K content streaming as soon as 2020/2021, with major streamers adding the capability in 2022/2023.

PLUS: The Ongoing Evolution in Video-Capture Resolution

What are consumers’ options for viewing 8K? All major TV brands have models that are capable of displaying 8K, but there are currently no set-top boxes or USB streaming sticks that can handle it; gaming systems like PlayStation 5 and Xbox Series X are slated to have 8K support when released, likely by the end of the year.

Consumers still need to be educated about 8K, which is one of the key missions of 8KA and is supported by its recent launch of the Discover8K.com website. But seeing content and the advantages of 8K resolution will be the biggest component to getting consumers interest.

Many of the same hurdles were laid out before 4K six or seven years ago, and Chinnock and 8KA believe that the industry is ready to meet these demands and continue the resolution evolution.

8KA’s “8K Ecosystem Is Here: Is It Time to Embrace 8K?” webinar is available to watch on-demand online.