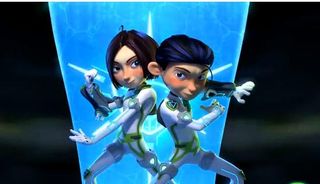 CULVER CITY, CALIF.: 3net has acquired what it’s calling the first stereoscopic animated kids series. The Sony-IMAX-Discovery net did a deal with Tiny Island Productions of Singapore for “Dream Defenders,” about twins who defend the real world from the evil Icela, ruler of Dreamworld. Terms of the acquisition were not disclosed.

“The acquisition of this exciting new series is an important first step in the development of a children's programming block we will hope to debut on the network by year's end,” said 3net President and CEO, Tom Cosgrove.

The 26 half-hour episodes are based on original concepts by Tiny Island Productions and produced at the Singapore-based studio. The writing team is supervised by Eric and Julia Lewald, who have been show runners together or individually on 14 series, including “X-Men: The Animated Series” and “Young Hercules.” The series will debut on 3net in the fall of 2011.