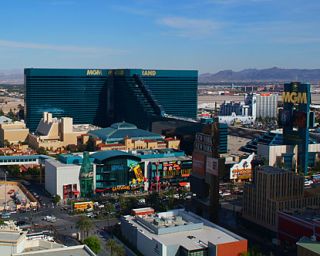 LAS VEGAS: Grass Valley’s new owners retained the tradition of launching the press tour at the NAB Show on Saturday afternoon. This is Grass’s first year at the show under the ownership of Francisco Partners, the San Francisco firm that purchased the company for $100 million last year from Thomson.

“Francisco Partners is here as an anchor investor for the long term,” said Alain Andreoli, making his NAB debut as president and CEO of Grass Valley. Andreoli said Grass is on track to turn a profit in 2011. “We are not the big company division any longer,” he said. “We can make decisions fast.”

The operational plan is to invest 15 percent of revenues in research and development, and that the crux of R&D will be more IT-oriented.

“What it means in terms of where we’re going to invest going forward, we’re going more for software and more for services,” Andreoli said. “This will be more of the kind of services the broadcast industry needs. It means we’re going to become more and more consultants to our customers,” and move to more open-platform solutions.

Andreoli noted that 75 percent of Grass’s business is outside of the United States. It also relies on Japan, as do so many other technology companies, for components. Andreoli said

“During the second and probably the next three quarters, we anticipate some shortage of components,” he said. “We believe in the next few weeks, the impact will be vary minimal, but going forward, expect some shortages. We will be releasing an official communication about it . . . We are currently shipping all products in the Grass portfolio.”

See “Grass Valley in a Nutshell” for 2011 NAB product intros.