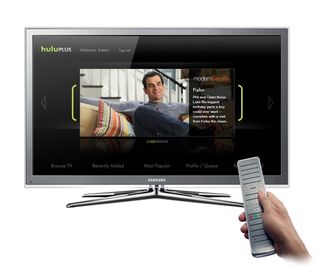 NEW YORK: Hulu, the online portal that streams TV shows from ABC, NBC and Fox, has pre-launched a subscription premium service that runs ads, similar to the free version. That’s one of 10 things Rich Greenfield figures investors should know about. Greenfield is an analyst with BTIG Research. He snagged a preview invitation for Hulu Plus, which has not yet been launched to the public. A full, live launch is anticipated in September.

“After using Hulu Plus extensively last night on a PC, Mac, iPad and iPhone in addition to receiving dozens of questions from investors, here is what you need to know about Hulu Plus and its implications for the online video landscape,” Greenfield wrote at BTIG Research.

“The subscription fee does not eliminate ads,” he said. “The ad load appear to be directly in line with what you expect from Hulu’s free service,” though less than what’s on traditional TV.

Indeed, the HuluPlus home page opens with a request to “help us make Hulu’s advertising service better” by taking a survey. The survey consists of 24 questions, most of them about mouthwash.

Greenfield’s other points about Hulu Plus included that it had limited movies, no CBS or Viacom programming and fresher though fewer shows than Netflix. He said there were buffering issues on 3G networks, though WiFi worked fine. Shows also are not available on Hulu Plus until at least 24 hours after they air. ABC, meanwhile, has a popular iPad app that reflects its content on the free version of Hulu.

Greenfield sees Hulu Plus as more of a DVR service than a contender with multichannel TV.

“Hulu is for TV fans who want anytime/anywhere access to broadcast TV content--people that heard about Glee but never watched it and do not want to wait for DVD,” he wrote.

Greenfield’s complete note, “10 Things You Need to Know About Hulu Plus,” is at BTIG Research. Free registration is required.
--Deborah D. McAdams

Previous Hulu news...
April 5, 2010: “Google Moves to Challenge Hulu, Which Queues Up for iPad”
Google is boosting the commercial quotient of its online video business in the direction of Hulu.com, while that site is claiming its first profit and eyeing an iPad presence.

October 6, 2009: “MediaVest Moves Millions from Broadcast to Hulu.com”
MediaVest, the ad agency that handles clients like Coca Cola, Kraft, CapitalOne, Wendy’s and Walmart is taking money out of broadcast and into the Internet.

June 29, 2009: “Broadcasters Generate Half of Ad-Supported Online Video Revenues”
NBC, ABC, Fox and CBS, along with Hulu.com--co-owned by the first three, churned out 53 percent of the $448 million ad-supported online video market for 2008.

May 28, 2009: “Video: Someone’s Got to Pay”
“In five years old guys like me will still call it ‘television,’ but it will come from anywhere, in many formats, via many distribution channels.”

May 14, 2009: “ONLINE: YouTube Leads in April”
April’s strong showings of Hulu, Fox, and ABC suggest that consumers are beginning to listen.