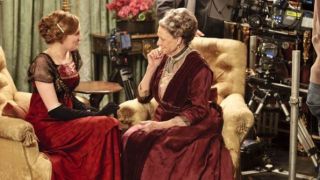 ITV, the UK’s largest commercial broadcaster, has deployed an online payment and subscription system as part of a five-year plan to become less dependent on spot advertising within linear schedules.

Like many other European commercial broadcasters, traditional TV advertising revenues have been declining for ITV, down about 8 percent for the second half of 2012 compared with the previous six months. ITV now hopes that it can rebalance its business strategy by unlocking the potential of its content archives for online sale, with the aim of reducing the proportion of its revenues derived from advertising to 50 percent within five years. This has led to ITV becoming the first customer for a new subscriber management system from UK-based micro-payment specialist PayWizard. ITV is using a white label version of the PayWizard platform, rebranded under its own logo, including payment processing, subscriber management and real-time customer service support. This is being integrated with a customer management system from CA (Conditional Access) vendor Irdeto to enable secure on demand transactions.

ITV has been preparing to turn its hitherto entirely free ITV Player catch up and on demand platform into a revenue generating machine, having made around 1000 hoursof archive content available to rent online. ITV actually raised the catch up window for free viewing of content to 30 days after original broadcast from the previous limit of seven, but charging kicks in after that. This means that viewers will, for the first time, have the opportunity to access older content, ranging from recent shows such as Downton Abbey a month or two later, to content dating back to ITV’s foundation in 1955. Analysts are divided over how successful ITV will be at enticing viewers to pay for archived content, but ITV believes that by setting prices fairly low and allowing people to buy individual episodes of series, or isolated programmes, they will attract customers to the Pay Wizard service.

Prices will vary according to the content but single episodes could cost around 70p (70 cents), while whole series could be in the range £2 to £5 ($3 to $8). The present plan is to keep all this content free of advertising, although it is possible in future that ITV offer the option of taking the content with a pre roll advert as a whole or partial alternative to payment.

Recommendation will play a crucial role in this online service, said ITV, given that many people, particularly younger viewers, will be unaware of the wealth of older material that has often never even been shown as a repeat.

ITV is also planning to offer premieres of new episodes of dramas as online exclusives in return for payment, enabling for example viewing of the next episode of Downton Abbey immediately after the last one went on air over the linear service. Over time this option could be extended to the main broadcast service.

ITV is also looking at producing dedicated online content as well as variations of existing shows dedicated to the web, as other ways of generating new revenue via the payments system.