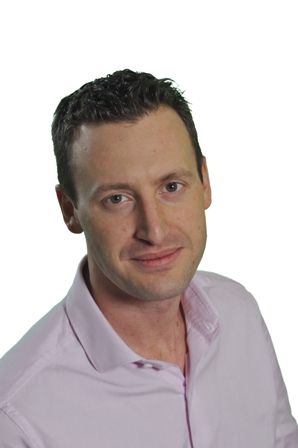 Q. What broad technology trends do you think will be front-and-centre at IBC2012?

We think the big trend will be all about connectivity and media exchange. Companies want to enlarge their broadcast offerings in response to changing viewing habits. We envisage a lot of talk around customisation, increased offering and increased connectivity all on a centralised platform.

Q. Any thoughts on how the current economic climate will affect the show?

At EVS we’ve seen a great deal of recovery in the broadcast market. Why? Because there’s been a huge uptake in developing countries like Russia and South America where big sporting events, like the UEFA, have been taking place. This has meant that more resources have been spent in regions that are not immediately considered as being at the forefront of broadcast technology to bring them up to scratch with Europe and North America. Consequently the broadcast industry has seen a lot of positive activity.

Q. What’s new that you will show at IBC2012 and that broadcasters should look for there?

EVS will be looking at maximising on production infrastructure in order to help broadcasters prepare for the changing broadcast and media market landscape, which requires more customisation and faster media operations.

EVS will also unveil its new Breaking News toolset that offers the most advanced production and content management system. It integrates with any existing production infrastructure. We’ll also show C-Cast’s latest features such as the ability to replay clips at variable speed and to import third-party statistics and analysis information integrated into timeline.

Q. How is your new product offering different from what’s available on the market?

At EVS we pride ourselves on the speed and reliability of our products—that’s where we’re making a difference. Over the years we’ve been adding more functions, but have made sure we never drop our standards when it comes to both speed and reliability, which are essential for live productions. We also give our customers more tools so they can maximise on the content they record through tools like C-Cast.

Q. Last year I asked whether 3D was Hope, Hype or In Between. This year I want to know similar thoughts on “social media and broadcasters.”

The problem with 3D is that viewing audiences don’t perceive the added value of 3D enough to justify investment. It has major impact on TV production, not only in terms of technology investment, but also in terms of operations.

Social media and broadcast is about increasing a broadcaster’s offering with interactive experiences, which viewers now expect. Knowing that more than 70 percent of smartphone and tablet users watch TV holding their Web devices, there’s a huge risk for broadcasters to lose their audiences, unless they respond to the social media demand. That being said, there’s also a huge potential to enlarge their package offering interacting with social networks and new media possibilities.

Q. Where are you based, and how many employees do you have? Anything else we should know about your company?

You’ll find us in Liège, Belgium, where we’re headquartered. Currently we have around 450 employees, half of which are part of our R&D department. We have five research and development centres worldwide and we manage it all in house. We never subcontract.

Q. How many years have you been going to the IBC show and what’s your fondest memory? What’s your favorite restaurant or pub?

EVS have been attending IBC since we started out in 1994. I guess my fondest memory would be when we won the IBC Innovation Award back in 2007. And as for best pub/restaurant, I’d have to say The Okura and its twenty-third bar. Great place.