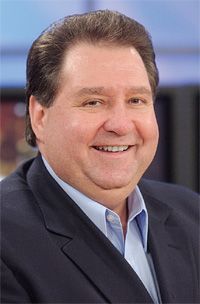 Ken Botelho
ORLANDO, FLA. — Flash back with me to the early 1990s for a moment. While Nick Faldo was setting the links on fire, the seed of an idea was being planted for a 24-hour golf network. Finally, on Jan. 17, 1995, that seed sprouted as the Golf Channel, and was a very early adopter of digital television production technology.

The Golf Channel recruited an experienced management team, an expert lineup of broadcasters, and developed a unique programming schedule. In its first year, it televised 23 domestic tournaments and 41 European and Australian events. Now we’re running HD and SD domestic networks, as well as an HD and SD international network.

IN SEARCH OF NEW AUTOMATION

The Golf Channel now provides programming to more than 90 million homes. With this much content, we needed to consider an overhaul of our automated operations. We’d installed automation gear early on, but the system lacked the ability to perform tasks we faced in connection with the dozens of hours per week of live material and tournament coverage we had grown into. Our operators were being constantly occupied with manual steps, and it was clear that the automation system in use then was costing us time and money. We needed a system that allowed more work to be done in a shorter period of time.

Initially, the challenges in locating the perfect automation system for our particular applications seemed daunting, as we needed to deal not only with master control operations, but also asset management and content acquisition—all within a well thought out workflow.

After much investigation, we decided on Florical Systems as our on-air automation provider. Their AirBoss met our multi-pronged approach to broadcasting as it uses distributed machine control architecture with multiple device servers that can be located anywhere on the network. A feature paramount to the Golf Channel is AirBoss’s ability to accurately compensate for video path delays between device-servers located thousands of miles apart. Our coverage size demands this high-level technology.

Along with the automation revamping, we also made significant investments in new broadcast equipment as well. We added a new plant routing system, HD video servers, branding equipment and closed captioning gear. These additional devices also had to be tightly integrated. In addition, we were exploring new opportunities for revenue generation, such as sponsored scoreboard, tickers, and graphic elements. Florical’s team was well versed and experienced in helping us achieve our goals. And their on-site engineers were incredibly talented and knowledgeable throughout the installation.

Once everything was up and running, the next step was to provide a disaster recovery system at our remote facility in Denver. The ability to mirror our playlist and push or pull content from Orlando directly to our play-out servers in Denver was no real challenge to Florical. Our remote AirBoss System, coupled with their Smart Central, effectively duplicates everything and remains ready for instant access to protect the integrity of Golf Channel programming and commercial content. In the event of a system failure our viewers wouldn’t notice the difference.

Ken Botelho is an Emmy Award winning producer/director. He may be contacted at Kbotelho@golfchannel.com.

For additional information, contact Florical Systems at 352-372-8326 or visit florical.com.