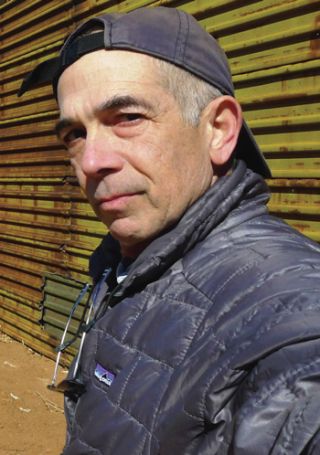 WASHINGTON— I’m always looking for ways to educate my students on the latest equipment and practices for successful careers. In recent years, I’ve witnessed the growth of DSLR and smaller camcorders in television and film production.

While these cameras allow users to capture shots at angles that previously were too difficult to achieve, they also put considerable strain on the cameraperson’s body. The camera is generally held out front, using only the arm and shoulder muscles for support; not the entire skeleton. This can lead to shaky, blurry shots and a sore body. To address this, my students and I use Anton/Bauer’s EgripZ camera grips for much of our smaller-camera work.

I’ve used the EgripZ with many cameras and find it especially helpful when doing handheld work in the field. By positioning the camera to allow the EgripZ to rest on my left wrist, I can support the camera with my right hand and make focus, zoom and iris adjustments with my left. This makes for very smooth shooting.

I also do a lot of documentary work and it’s hard to keep the camera steady after a long day. I’ve found that with the EgripZ I experience much less fatigue in such situations.

Larry Engel HELPS KEEP CAMERA AT EYE LEVEL
Another benefit of using the EgripZ is that with standard shooting, you can keep the camera up at your eye level, rather than holding it low. When working with camcorders or DSLR cameras, people tend to cradle the camera down around their waist. This is because holding something up, rather than supporting it from below, is easier to do. As the EgripZ can support the camera closer to eye level, it minimizes “lookingup” angles that are too sharp. Further, it’s flexible enough to allow you to bend it all the way under the camera, so that you can achieve some pretty high angles.

My students and I have used the EgripZ in all kinds of extreme environments, from the steamy and humid weather of the Galapagos Islands to the wilds of Alaska and it’s never let us down. It’s very rugged, and virtually impervious.

Anton/Bauer’s comprehensive customer support adds to the great experience I’ve had with the EgripZ. I’ve used Anton/Bauer batteries for years, and their customer service is just phenomenal. Whenever I call our rep, he’s able to answer my questions right away. Overall, the customer support team goes out of its way to offer advice, provide troubleshooting and fix old or damaged batteries and any other type of equipment.

DSLRs ARE HERE TO STAY
Due to their ability to take stills and capture video, I believe DSLR cameras will continue to grow in popularity. They’re especially useful in today’s complex, multimedia production environment where broadcasters and filmmakers—rather than burning their productions to a disc for distribution— may post that work on a Website along with photography and commentary. Many also do their own motion graphics and titling, so we teach this to our students as well. We want to arm them with the latest equipment and gear and teach them both classical and emerging production techniques. The EgripZ, in its own way, makes this process easier, especially given its modest price.

Larry Engel is a producer, writer, director, and cinematographer with more than 35 years of filmmaking experience. He may be contacted atlarry.engel@gmail.com.

For additional information, contact Anton/ Bauer at 203-929-1100 or visitwww.antonbauer.com.