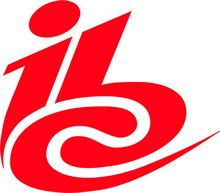 The International Cinematographers Guild will co-produce with IBC organizers a session on the latest developments in digital filmmaking on Sunday, Sept. 9, at the RAI in Amsterdam.

The session, â€śHyper-Reality: High-Res Digital Cameras Transform Filmmaking,â€ť will feature a panel of pioneering filmmakers, such as Steven Poster, ASC, national president of the ICG. Poster is expected to discuss the latest advancements in faster frame rates.

The panel will discuss how the new 4K and 5K digital cameras with ultra-sensitive sensors are making waves through feature film, television and commercial production.

"We are entering a new era of high-quality image capture, high dynamic range chips and high frame rate recording,â€ť said Poster. â€śAs artists and storytellers, it is up to us which of these Hyper-Real tools we want to use and when to use them."