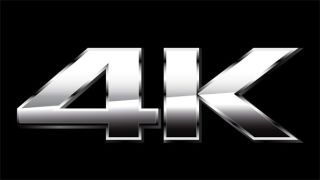 A recent article in Forbes magazine was titled; “3D TV Is Dead, Long Live 4K”. It continued, “3D is still popular enough at the box-office that we may not be rid of it in movie theatres any time soon, but if CES 2013 is any indication this year, the much-touted 3D TVs of years past are no more”.

Similar to 2010, the 2013 consumer electronics industry has decided the next great thrill will come from everyone buying another hugely expensive television. Never mind the small detail that the new, so-called, 4K televisions aren’t really capable of displaying a true 4K image. Besides 4K doesn’t sound sexy, so CES came up with a better term, “Ultra HD”.

But Ultra HD and 4K are not the same thing, warns Patrick-Pierre Garcia, an expert in both pro and consumer video topics. “The UltraHD format has a horizontal resolution of only 3,840 pixels whereas the 4K format has 4,096 pixels. There’s nothing secret about this. UHD and 4K are official formats and I don’t understand why the CE industry is confusing consumers by calling UltraHD products, 4K,” 4K content will still have to be downscaled to UltraHD and then downscale again to HD because, unlike Sony said, there is no such thing as an UltraHD Blu-ray.”

If the consumer isn’t yet confused hang on because Shape uses the term “Quad HD” for it’s 3.8K televisions. So, now we’ll see commercials for Ultra HD, 4K and Quad HD televisions. It’s enough to make a buyer’s head spin.

Even so, while the consumer industry battles for the next big sales, there may actually be good reasons for broadcasters to build 4K infrastructures. A preview of some of those benefits can be found in this article by Stan Moote, VP Business Development, Harris Broadcast. He notes that many engineers believe that 4K is just another 3D. Something to be tolerated, not supported. But Stan has a different viewpoint and I encourage you to read the article.

There are other good reasons to support some implementation of 4K. Sports for one. Just last month, CBS used six FOR-A FT-ONE 4K cameras for the Super Bowl. Last month Japan announced it will broadcast the World Cup in 2014 in 4K. Even the 2012 Summer Olympics in London were available in 4K at selected public venues, but no DTH broadcasts.

In The Verge, writer David Peirce notes that 4K cameras could enable more accurate referee calls when reviews are necessary. In one late season play, Indianapolis Colts quarter back Andrew Luck attempts a pass just as he is tackled. His pass is intercepted and the defender runs for a touchdown. The refs review the play and call it an interception, touchdown stands.

However, Pierce got to look at the CBS 4K imagery and it clearly shows that Luck’s knee was on the ground as he attempted the pass. The field ruling should have been incomplete pass, no touchdown. Ouch!

Better technology is useful in making such important ref calls. And more accurate imagery can enhance the viewer experience. But in cases like this, fans will still shout, “Hey ref, you blind.”

Will you consider 4K technology for your facility? Is it on your buy list for NAB 2013? Join the conversation below.