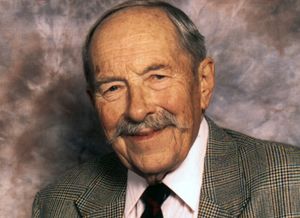 The broadcast industry lost a great engineer and a real friend today with the death of John Battison.

Broadcast Engineering readers may recall his early presence in the magazine as the editor. In fact, it was in the December, 1961 of Broadcast Engineering issue where John first suggested the formation of a society for radio and television engineers, which became the SBE.

He wrote, "Possibly a new institute is needed for broadcast engineers, one started in just the same way as the IRE [Institute of Radio Engineers] was originally? Perhaps it should be called the IBE, Institute of Broadcast Engineers and be presided over by one of the great broadcast engineers of a few yars ago." And so began the steps to build what we know today as the Society of Broadcast Engineers with John Battison as its first member and President.

He was successful in that project, and today SBE has more than 5500 members from around the world.

John had a jovial personality and quick wit, ever ready with a “I remember when…” story.

He once told the story saying he was probably the only allied pilot to ever drop a bomb on friendly territory. He told of flying over France when a bomb clamp failed causing a bomb to fall near a church. “No damage done” he said.

John Battison was a good engineer, father, husband, and to many of us, a real friend. He will be greatly missed.