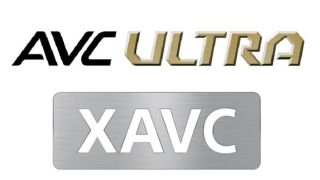 The line of compression schemes is stretching out. Very soon, we could potentially have MPEG-2 through to HEVC in use in a single program chain.

All this complicates workflows and calls for careful planning to avoid unnecessary transcoding.

Do we need all these compression standards? Well, yes. As picture resolutions increase, the demand for higher efficiency compression will only increase in step. MPEG-2 started out for standard definition applications but has been stretched for HD acquisition and delivery.

MPEG-4 was going to be the answer to everything, from small phones up to movie screens. That has only worked by adding a new Part for a new compression scheme. Video started out as Part 2 - Visual Objects. That didn’t prove much more efficient that MPEG-2, so AVC was born — MPEG-4 Part 10. However, the demands for mobile video and the advent of 4K has led to the need for an even more efficient codec than AVC, and that has come to fruition as HEVC or H.265.

Where does that leave camera designers? One benchmark in the specification is record time. In the days of tape, shooters came to expect three or four hours of record time for a tape; that’s probably one day’s work. Wind forward a few years, and writing camera files to memory cards gives a record time somewhere between 30 minutes and two hours, all depends on how much compression you use. Some cameras have multiple card slots to give longer record times.

That’s going to mean a handful of cards to manage and offload to backed disk storage each day. I can hear the film guys thinking “a luxury — we had ten-minute reels. We had to stop, change reels and check the gate before you were off again."

After a period where record times were restricted, the availability of solid–state memory cards, with 128GB and larger capacity, has eased those restrictions.

Camera vendors will design whatever gets the best pictures to sell their cameras. But, that has led to all manner of coding schemes and compression formats — and there is the matter of containers or wrappers. The rise of the single sensor has added a further choice, raw or coded.

Camera designers have to adopt a codec format that meets a number of, sometimes conflicting, requirements. First, it must meet the quality expectations for the camera, for its price and format. Second, it must not be power hungry. Third, the data rate must be as low as possible to ease demands on the camera storage cards. And fourth, sometimes a little overlooked, it must be compatible with popular NLEs.

The low data rate demands indicate an efficient codec design, but the more recent the compression format, the more processing power is needed, immediately conflicting with the low power requirement. Hence the popularity of MPEG-2 long after AVC was released. This is where the big engineering compromise comes in. If the camera has an adequate internal compression format, then uncompressed or raw data can be made available via SDI or HDMI connectors for users who want more of the sensor information. The external recorder has become a common sight, especially with single large sensor cameras. Many external recorders also allow encoding into an edit format like DNxHD or ProRes, speeding the ingest process in post.

For the broadcaster, all this choice gives flexibility at the production stage, but does not lead to standardization in the workflow. The edit bay must deal with this plethora of formats, a far step from the days of two primary tape formats, the Betacam family and the DV family. Even a format like AVC I-frame encoding comes in two flavors: Panasonic’s AVC-Intra (and Ultra) plus Sony’s XAVC. The former is high 422 profile, level 4.1 and the latter is level 5.2. So much for interoperability.

The drive to support 4K is one reason Sony has adopted 5.2, as lower levels only support up to 2K resolution, and Panasonic have introduced AVC-Ultra to support higher data rates.

Editing the AVC formats does require a recent NLE workstation, as it requires considerable processing resources. Many editors prefer to work with DNxHD or ProRes, transcoding everything at ingest and this can ease the demands on the power of the workstation.

Many productions are using GoPro cameras for point-of-view shots, they are not edit-friendly and require a transcode before ingest. For example, the Hero 3 uses AVC level 5.1 long GOP to get small files in in the camera. It also uses an MPEG wrapper, so may require rewrapping to MXF or QT at the transcode stage. It’s just another process that forms part of post-production.

Will there ever be a single codec for cameras? I think not. The requirements of each programming genre are so different. Compare newsgathering with a high-end VFX shoot. One needs small files for backhaul, the other needs as much of the original sensor information as possible. And, what of HEVC? So far it’s going to see application as a distribution codec. The processing resources for encoding do not make it practical for current camera electronic, but maybe one day if we get to 4K 3-D newsgathering, who knows?