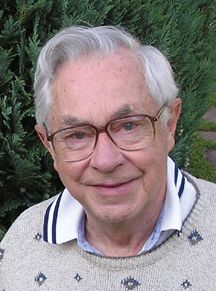 Ghosts of DTV signals could easily be seen on analog TV screens, but with DTV, they are invisible on the TV screen. DTV ghosts, also known as echoes, can only be seen on the screen of a spectrum analyzer.

The interaction of the signal spectrum and that of its ghost produces broad peaks, one for each 1.0 MHz, and between these are deep and sharply defined minima. Ghosts, in the case of single frequency networks (SFN) are the weaker signalssreceived from the multiple transmitters of the SFN while the signal received with the greatest received power is the received signal.

In Fig. 1, I have shown one echo for clarity. Multiple echoes are much more complicated so let's leave them out of this story. The echo in Fig. 1 is only 0.5 dB weaker than the signal.

If we reduce the instrument's span from 10 MHz to say 500 kHz, and make sure that its resolution bandwidth and video bandwidths are significantly reduced and set the sweep speed to 2 seconds (this is most important), you will see the interaction of a 10 µs echo and the signal as in Fig. 3.

Fig. 2: Spectrum analyzer display of an ATSC signal with a strong 10 μs echo with conventional resolution bandwidth, span and sweep time. The echo is not discernible.
This is how I measure echo delay in my laboratory. If you are careful, you can measure echo delays beyond +/–50 µs by this simple, but tricky, technique. Use Fig. 3 as your model for setting up your spectrum analyzer.

Fig. 3: Spectrum analyzer display of an ATSC signal with a strong 10 μs echo made clearly discernible by reducing resolution bandwidth and span while increasing sweep time as shown. Marker #1 = 610.860 MH z. Marker #2 = 611.160 MH z frequency difference = 0.300 MH z/3 cycles between markers = 0.100 MH z, which indicates 10.000 μs echo frequency. This technique can be used to measure much longer echo delays.
Phase is specified for a signal frequency at the center of the screen. The importance of the phase relationship signal-to-echo is just as important as the signal-to-echo delay (in microseconds), but far less well understood. My spectrum analyzer can be set up for any phase (zero–360 degrees) at whatever frequency is at the center of the screen.

NOW FOR THE TEST

Table I: Test Results with 26 NTIA -approved DTV "converter boxes" Where is this ghost story leading to? My colleagues and I wanted to understand how the phase of an echo at the pilot carrier frequency of the ATSC signal might affect whether or not it can be received. It does adversely affect reception.

We set the center frequency to 611.000 MHz, the Span to 500 kHz, the resolution bandwidth to 1 kHz and the sweep time to 2 seconds to "capture the ghost." This capture is shown in Fig. 3.

What we found for a +10.0 µs echo 0.5 dB below the signal is that the pilot carrier power varied with the phase of this echo, down –25 dB for 180-degree phase relationship, or up +3 dB for 0 dB phasing. It is the difference between path lengths of the signal and its echo that determines the echo delay. A 10 µs delay is due to a path length difference of 10 km or 6 miles.

All this trouble was well worth it for we then tested how the phase of this static single echo affected the minimum usable ATSC signal power of 26 NTIA-approved DTV converter boxes. Those results are shown in Table 1.

I've color coded these results. GREEN means the unit worked continuously. ORANGE means it works most of the time, and RED means it did not work at all. The vertical columns go from 180 degrees to 360 degrees in 30 degree increments.

A viewer receiving an out-of-phase strong echo on your channel is in deep trouble. But without a spectrum analyzer and what you now know, the cause of the reception failure of your signal remains a mystery. Viewers cannot be expected to understand such mysteries or what to do about them, except to subscribe to cable or DBS services.

Update: The Failure Threshold of An ATSC Signal in an SFN

In my column "SFN Reception Could be Problematic With ATSC," (Digital TV, Oct. 20), I reported that with an SFN, echoes 20 dB below the signal power could cause ATSC reception to fail.

A reader questions this, as the SNR threshold for our ATSC signal is 15.2 dB. Why could an echo 20 dB down cause reception to fail?

This is a really excellent question and it indicates that I should have explained this paradox in detail.

Other readers may have the same question.

Here's what the numbers show.

Therefore, the signal to total noise power is 15 dB or 0.2 dB below threshold.

Some receivers generate less noise, but look at Fig. 4 in the article. Echoes from the transmitters in the outer ring of up to 12 transmitters may well also contribute co-channel noise.

The point here is that with an SFN, there are multiple echoes, which may contribute to the total noise in the channel. Ideally, the receiver's Adaptive Channel equalizer would have filtered these echoes out, but in the real world, as Fig. 1 showed, echoes leading the signal by more than 10 µS are still potent sources of noise. Lagging echoes of over 40 µS also add co-channel noise. 40 µS of additional path length is 13 miles. In Fig. 2, two receivers handled one lagging over 52 µS out of five tested.