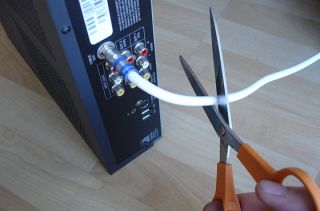 At first, cable executives denied the “cord-cutting” trend, but as successive quarters have added up over time, there’s no denying the obvious. Cable is losing subscribers fast as the days of double- and triple-digit growth are over.

Just as with Comcast Corp, it’s larger competitor, Time Warner Cable has been losing cable TV video subscribers as viewers turn to the Internet to save money in the current shaky economy. Lower cost Internet-based services like Netflix and Hulu are taking their customer in significant numbers.

It could have been worse had it not been for advertising revenues from the presidential election. Ads rose in the third quarter to $264 million, most due to the presidential and local races.

“Political advertising saved the day,” Craig Moffett, an analyst for Bernstein Research told Reuters. “It’s nice to be a seller of ad space in Ohio these days.”

Growth in pay television was poor throughout the industry, The Wall Street Journal reported.

Charter Communications, Cablevision Systems and Dish Network collectively lost 102,000 video customers in the third quarter, based on information contained in their quarterly reports. The figure was better than their combined loss of 193,000 a year earlier, but it clearly wasn’t a reversal of the “cord-cutting” trend and MSOs are at a loss to stem the tide.