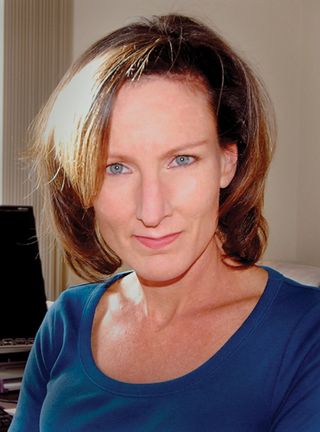 The first few minutes feature a story on fried foods at the state fair, an area rug recall, some kids riding bikes, and a national piece on the escalating use of apps during natural disasters and a substantial promo for a network show. In between were brief weather animations on par with “Avatar” that are a far cry from the days of radar sweeps. Emerging TV news technologies are most evident in weather, but they’re also at work across the newscast.

New systems allow news directors to grab clips from a server on the fly rather than dispatch interns to the tape library. They can tap into national content from a keyboard and get video footage from almost anywhere, nearly instantly—when the systems work properly. Within a couple of days, I witness blank green screens, miscued video and dropped audio. The on-air reporters breeze through it all unperturbed, however. They are using computer systems, after all, and everyone knows computers are haunted.

Machines, no matter how sophisticated, will always frustrate, but it’s clear from watching that technology is a factor in the growth of local TV news. Content is brought in from everywhere and blended effectively with locally produced material. The result is an endless stream of news clips with far less repetition than one might expect, and a reasonable idea of how 40 weekly hours of news can be generated in a small market.

Which, as it turns out, is a modest amount, according to the latest tally from the Radio Television Digital News Association. On average, TV stations are cranking out 45.3 hours of news each week. That’s individual TV stations. The amount varies across markets, of course, but RTDNA says TV stations have produced a record amount of local news for each of four years running.

Technology is but one element in the explosion of local news. People are the key, as Ryan Osborn, senior director of media at NBC News graciously notes in this issue of NewsCentral. A separate survey from the RTDNA noted that of all people hired last year by TV news operations, 22 percent were new hires—a 9 percent jump over the previous year—meaning staffs are growing along with the workload.

Unfortunately, however, salaries are not. RTDNA says that news salaries were not keeping pace with inflation, and that the typical TV news reporter makes around $32,000 a year. That’s not a king’s ransom, under any circumstances, but especially when your job requires you to make news out of fried cotton candy one minute and report live from a wildfire zone the next.

— Deborah D. McAdams, at dmcadams@nbmedia.com.
Let me know what’s up.