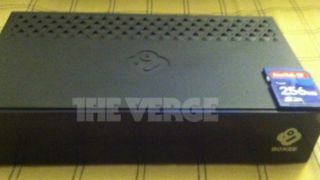 A new Boxee media streaming receiver that picks up live television signals is now being tested, reports The Verge, a technology web site.

Manufactured by D-Link, the new Boxee device combines over-the-air live television through antennas with DVR capability, web apps and media streaming into a home theater solution. It has a more conventional form factor, the report said, in an attempt to entice more cord-cutters than the currently estimated 200,000 that own the original angled-shaped Boxee Box device. In fact, the new form factor, without the previous angled shape, more closely resembles competing products from Apple and Roku.

The Verge said that a survey delivered to beta testers of the device hints that users will be able to watch recorded content across devices, likely through the Boxee smartphone and tablet application. Similar network media streaming abilities to the original device are reported.

The new box, The Verge said, includes a TV tuner with a coax input inside its matte black casing. An external antenna is also said to be included. It also has built-in DVR capabilities. The previous QWERTY-keyboard remote has been removed, and replaced with a more conventional streaming box remote and a four-way directional controller.

The Verge said that Boxee seems to be launching a full-scale assault against the traditional cable model, imploring users to “watch more free TV” and “stop spending money on stuff you don’t watch” on the device’s packaging.

The new Boxee device is still in prototype form and not yet ready for release. “Our source says the software routinely crashes several times a day and that Boxee plans numerous updates down the line to refine the user experience before any public unveiling,” The Verge reported.