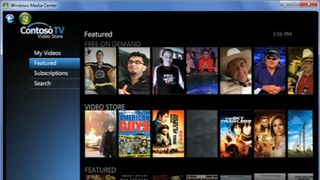 Microsoft Mediaroom has beefed up its content recommendation by signing up UK based ThinkAnalytics for its partner program.

Previously, Mediaroom has found it hard to differentiate between different members of a family or household in order to suggest content tailored to an individual viewer. This mattered less when nearly all content was consumed by several people watching the same program on the big screen — when it was impossible to cater for individual tastes — but became an increasing handicap with the growth of one-to-one multiscreen viewing within the home on PCs, tablets, smartphones and game consoles.

Microsoft acted to enable third-party recommendation engines to plug into Mediaroom by introducing its Mediaroom 2.0 VoD Storefront, along with documents on its web site to help developers build the required custom adapter. But now, it has gone further by making the ThinkAnalytics engine available as part of the package, so that the engine can provide recommendations to Microsoft Mediaroom users for live, recorded and on-demand content, across all devices.

“Our ability to build multiple profiles per set-top box allows us to have unique recommendations for each person in a household,” said Peter Docherty, founder and chief technology officer, ThinkAnalytics. “Bringing together live TV metadata with set-top box viewing histories, combined with Mediaroom TV services, delivers very compelling and richer discovery and recommendations results for any video-enabled device.”

The ThinkAnalytics partnership is the latest move by Microsoft to reposition Mediaroom for the multiscreen age, after several years of stagnation in the walled-garden IPTV arena where it cut its teeth and initially won several big Telco customers, including AT&T, Deutsche Telekom, TELUS and BT Vision. The low point came during 2011 as it became clear that it was losing BT Vision, which appeared to have decided it was replacing Mediaroom with a Linux platform, as was first reported in February 2012 by Rethink Technologies in its weekly subscription newsletter Faultline.

But, since then, there have been signs of a revival, with the first customer wins of any note for several years — the most significant being Brazil's Oi Telecom for a new IPTV service that is about to be launched.

At the same time, some existing customers have reaffirmed their commitment by upgrading to version 2.0 of Mediaroom, one being Amsterdam based Telco Vimpelcom for its Russian IPTV service called Beeline.

With Mediaroom 2.0, Microsoft embraced OTT as well as walled-garden IPTV, adding support for Windows 7-based PCs via Windows Media Center, along with Internet browsers on Windows-based PCs and Macs, and also compatible smartphones. It also introduced support for unmanaged broadband Internet connections with Microsoft Smooth Streaming, while enabling access to Internet-based content, in addition to direct ingest at a headend.