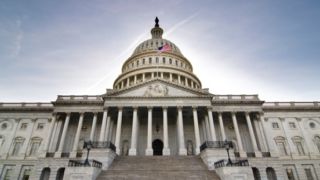 The Massachusetts congressional delegation in an Oct. 22, 2012, letter to FCC chairman Julius Genachowski urged the agency to act “in a thoughtful and transparent manner” as it proceeds with implementing incentive auctions of free TV spectrum for wireless broadband service.

Further, it is important that the FCC protect the ability of the public to receive over-the-air television given the public interest obligation of broadcasters to deliver news, local programming and emergency information, it said.

According to the incentive auction and subsequent repacking of remaining TV spectrum is especially important to states like Massachusetts “where the options available to local TV stations, including those in concentrated markets such as Boston, are constrained due to international spectrum agreements with Canada.”

The rise of cord-cutters who are replacing pay-TV service with local OTA television and online video “further underscores the importance of over-the-air programming,” the letter said.

“The best way to carry out these incentive auctions is through a transparent rulemaking process that allows viewers and local TV stations, tech innovators, and the wireless industry and its users, to understand fully the impact of these auctions and the repacking plan on their local communities,” it said.

“The many stakeholders affected by the commission's decisions, as well as Congress, should have ample opportunity to evaluate and understand how any proposed changes will specifically impact them and to supply the FCC with comments before the repacking plan is finalized.”