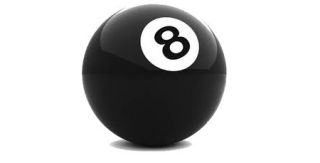 CES will feature things never heard of again, except for “Ultra HD,” which will be held up as the greatest advance in television technology ever imagined until…

Japan’s NHK contingent, instead of appearing in person at the NAB Show in April, will attend the show holographically.

Meanwhile, Comcast and Verizon will merge and hire as counsel the humorist Dave Barry, who will employ his hallowed “neener, neener” technique with regulators, because there won’t be a darn thing they can do about it. The two companies will nonetheless vow to shed some holdings and temporarily make resources available to competitors in order to appease the Justice Department. Consequently, Verizon will get rid of 2 MHz of AM radio spectrum it had laying around, and Tennis Channel will temporarily swap places with NBC across Comcast and FiOS systems.

In other developments, retransmission fights will become so fierce in the absence of election revenue that members of Congress will issue statements. At the peak of the unrest, several will sign a strongly worded letter to FCC Chairman Julius Genachowski instructing him to “look into it.” He will respond that he’s “got this thing,” as the negotiating leverage of TV stations will be significantly reduced by the spectrum incentive auction.

Elsewhere, Apple will introduce the iWall, an iPhone-like “Ultra” TV set with both swipe and Siri-commanded channel changing, whereby the top-rated network in the country will become “surfing.” It will be hailed as the greatest advance in television technology ever imagined until which time NHK introduces a telepathic TV that allows people to project their very thoughts on a screen. In a disturbingly large number of instances, it will be virtually indistinguishable from analog static. @_@