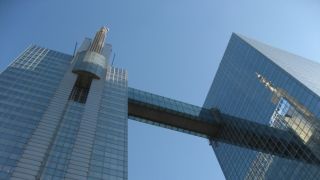 According to the operator, the broadcasters were demanding €1 million ($1.33 million) for distribution of their channels over the network, while Belgacom was only offering €500,000, and the gap was too big to close. Belgacom will now start to carry the German RTL channel instead over the space vacated by ARD and ZDF.

This is the latest eruption of carriage wars in Europe, although the terms of the conflict vary widely between countries. ARD and ZDF have also been involved in their own country, although there, the boot was on the other foot in that the broadcasters had been the ones that have to pay for their programming to be carried by operators rather than the other way round. But, when the two broadcasters abruptly stopped paying around $35 million annually in carriage fees to Kabel Deutschland, Germany's largest cable-TV operator, the latter responded by dropping its regional channels.

In the UK, the situation has been neutral with no carriage fees paid either way. But recently, BSkyB, the UK’s biggest pay TV operator with over 10 million subscriptions, has attempted to charge broadcasters, including the BBC, £10 million ($16 million) a year to carry its programming. Sky argued that the BBC and others were benefiting from the investment it has made in its TV platform and should contribute towards it.

But, the BBC responded by arguing that Sky should pay it for the privilege of carrying its content, which enriches its overall content offering. Sky has recently incorporated iPlayer, the BBC catch-up service, into its package, which adds fuel to both sides of the argument, because it attracts viewers while also consuming a lot of transmission capacity. The UK government has intervened by suggesting that the situation remain neutral with no carriage fees changing hands.

In the U.S., the situation is more like Belgium, with cable operators paying leading networks for the right to carry their channels. This partly reflects the different balance of power there, with operators dependent on the networks for much of their premium content.