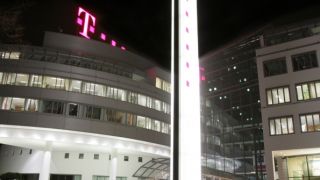 Deutsche Telekom (DT), Germany’s incumbent Telco, is making final preparations for the launch of multiscreen services around its existing IPTV service called Entertain. Then, next year, DT plans to offer OTT as a separate service in its own right to entice new customers.

DT now has all key components in place for its multiscreen service and is thought to be establishing a promotional offer to existing subscribers over the Christmas period. DT says it has been collaborating with Microsoft for its PlayReady DRM, and Nagravision for OTT set tops. The OTT service will be unusual in that it will cost extra for existing subscribers, rather than being bundled in with the main pay TV subscription as other operators are doing, such as BSkyB in the UK and Dish Networks in the U.S.

DT announced in August that it would charge its Entertain IPTV customers an extra €5 ($7) per month for its multiscreen extension, for watching up to 40 TV channels on PCs, laptops, tablets and smartphones. DT said it has been encouraged to charge because its own consumer research had indicated a willingness to pay.

According to Randolph Nikutta, DT’s Leader for Interactive High End Media Innovation and Development, DT was keen to recoup the investment and had realized that it is almost impossible to start charging for a service originally given away free. There is an irony here, in Germany having one of the few operators charging extra for OTT when, historically, all programming in the country was free to air (FTA). It is only in recent years that pay TV has taken off partly because of dissatisfaction with the quality of content available FTA, and that has been reinforced recently by the trends in premium sports rights, with Sky Deutschland having taken full control of the country’s Bundesliga top division football, paying $2.5 billion for total rights for the 2013 to 2017 seasons.

This was a blow to DT, which had bid for some of the football rights, making success in multiscreen all the more important, and the decision to charge all the bolder.

DT has decided that speed to market is essential for operators to succeed in multiscreen, and so according to its senior vice-president for global entertainment and television Gerry O’Sullivan it will work with third parties where necessary to bring content and applications on board. In one example of this, DT is making classic German and Austrian movies available via a VOD platform developed by German media entrepreneurs Patrick Hörl and Jan Mojto.

Although launching OTT to existing subscribers first, DT will follow with a standalone OTT service in 2013, although the operator has hinted that the focus of this will be to entice subscribers with a low cost package and then up sell them to the full Entertain IPTV service, rather than initially reach out to subscribers outside its service footprint.

This therefore will go hand in hand with deployment of VDSL vectoring technology, probably from Alcatel Lucent, to extend the reach of high speed broadband at speeds of 100 Mbps, suitable for multichannel HD services within the full Entertain IPTV package.

Currently DT, which is Europe’s largest Telco, has 12.4 million DSL customers, mostly on VDSL and capable of receiving its full Entertain IPTV package, which is about 35 percent of the country’s 35 million households, and almost 4x its nearest competitor Vodafone, with 3.3 million broadband homes. With the vectoring technology, DT will be able to double the reach of VDSL2, and therefore IPTV, from 12 million to 24 million homes.

DT has already got many of the core components for its upcoming OTT streaming service, having had a VOD offering called VideoLoad since 2003. This was at first effectively IPTV since it was only available to DT’s DSL subscribers, but then early in 2008 it was opened to all Germany’s households with a sufficiently fast connection.

Until now, the UK has been Europe’s leading OTT nation according to analyst group ABI Research, with over half of the country’s broadband users consuming pure OTT video services. However, this is driven in large part by the success of the BBC iPlayer catch up service, with pay TV operator multiscreen services from the likes of Sky and Virgin Media only used by 17.5 percent of pay TV households.

Now with DT entering OTT in a big way, Germany may quite quickly catch up the UK in terms of operator-provided OTT.