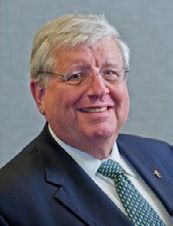 Gary Arlen Video multitasking— simultaneously watching two screens to see more about the same show—is accelerating into significant use, and the emerging service may become a battleground between Samsung and Apple.

Both companies have a significant presence in the tablet and TV sectors, although Apple’s television role is, for now, confined to its Apple TV over-the-top Internet video set-top-box “puck” and service.

Nonetheless, with its dominant iPad and much-anticipated, looming TV set, Apple could become an even more significant provider in the simulviewing category.

Meanwhile Samsung, currently the largest TV set vendor, is making a strong push for its revamped Galaxy tablet products, which include a “Smart View” feature that enables the tablets to mirror what’s on the TV set and integrate the experience.

“We think that working directly with content developers to help them modify their way of storytelling [will create] compelling and intuitive programs [as a] new form of entertainment,” Anderson says.

Even more fundamentally, Galaxy functions and apps allow viewers to use the tablet as a remote control for their TV sets as well as accessing additional information, back-story scenes or other video or text content about the shows they are watching.

For Apple, which is typically much more secretive about its product and content agenda, the speculation is being fueled by third-party sources. In late June, Brightcove Inc., a cloud-content services provider, unveiled its “App Cloud DualScreen Solution for Apple TV.” Brightcove CEO Jeremy Allaire minced no words, describing how the “contextual interface software [opens the door] to a new kind of content experience for the connected consumer that blends the rich contextual information that fans crave with HD television viewing.

While a single vendor solution is not necessary, it’s easy to see why Apple, Samsung and other major consumer electronics vendors would like to unify the customer experience.

Currently, Vizio is the only major TV maker with a significant tablet presence, although Sony could enter the fray via its eReader and other handset products, (e.g. its phone handset line of business that it took over from former partner Ericsson).

Similarly, Microsoft—with its new Surface tablet—could become a factor in simulviewing for over-the-top content since the Microsoft Xbox console is a primary source of OTT content.

LG Electronics is a major smartphone provider, but has not established a sustainable tablet beachhead. Other major TV makers, including Panasonic, Toshiba and Sharp, do not have significant handset presence.

Eric Anderson, vice president, content and product solutions at Samsung Electronics America Inc. Which brings us back to Samsung versus Apple. Brightcove’s Allaire focuses on the capabilities of Airplay-enabled apps on the iPad and iPhone, which allow viewers to control and interact with their DTV monitors. The new dual-screen software leverages Apple’s AirPlay technology to let viewers use applications that simultaneously present content, interactive options and data on both the touch device and via an Apple TV set-top box today (and possibly the TV monitor eventually).

“The TV is another screen for your apps,” Allaire explains.

Skeptics continue to question the simulviewing option, fretting, for example, that it will distract viewers from watching advertisements. According to this fear, viewers will pay attention to alternative videos—such as character background— on the second screen rather than focus on commercials.

Yet, technology providers as well as networks are cultivating advertisers who want to convey their stories more deeply. Samsung’s Anderson says his company is already working with Toyota, State Farm and others to create enhanced, targeted commercials for the simulviewing opportunity.

Not yet included in this conversation are broadcast and cable networks or local stations whose viewership will inevitably be affected by simulviewing. Of course, at least 60 percent of today’s tablet owners already have their devices nearby, often in use, while they watch TV, according to Nielsen, comScore and other researchers. But most of today’s multitasking is believed to be for non-TV-related purposes, such as checking email or wandering around social media sites.

Nonetheless, a handful of content producers are already exploring simulviewing opportunities—the latest incarnation of interactive TV ideas that have been bruited about for more than a decade. HBO’s “Game of Thrones” features apps that let viewers figure out character relationships. Reality programs and newscasts are looking at ways to integrate their onscreen and online offerings, although not always ideally for simultaneous viewing.

Predictably sports programming is the most significant early adopter of simulviewing. ESPN did it earlier this month with its Wimbledon tennis coverage, allowing “authenticated” viewers to watch matches (such as their favorite players) on the ESPN3 online-streaming video service via their tablets while, at the same time, tuning into the ESPN2 linear TV channel to watch the primary matches.

Damon Phillips, vice president for ESPN3, points out that June was actually a banner month for such simulviewing, with more than 1 billion minutes of “Watch ESPN” consumption on tablets and other online access devices. June was the month of the National Basketball Association’s playoff finals, the Euro 2012 soccer championship and the college baseball World Series.

Phillips expects even more such simulviewing during the upcoming college football season. He points to the “Gamecast” service that ESPN has developed, which encourages a “companion experience,” as well as the availability of out-ofmarket college games, a favorite of alumni around the country.

“Our whole point is… [to] navigate people around the different platforms,” he says, referring to ESPN’s TV and online distribution options.

The integration of two-screen viewing, by Apple, Samsung as well as programmers, will mark a shift in how shows are consumed and produced.

The simulviewing wave is upon us now. Get ready to multitask.

Gary Arlen is president of Arlen Communications LLC, a media/telcom research firm. He can be reached atGaryArlen@columnist.com