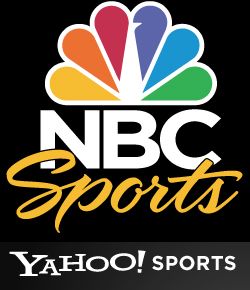 Yahoo! and the NBC Sports Group have formed an alliance that will combine the original reporting, big event coverage and other content assets of Yahoo! Sports with NBC Sports Group's digital assets and TV promotion and integration, according to a joint announcement released Dec. 9.

Both Yahoo! Sports and NBC Sports Group will continue to maintain separate websites and editorial control of their own newsrooms; the two will collaborate on premium sports news and event coverage online and on air. Yahoo! Sports products also will be included with NBC Sports Group’s digital assets.

The programming will feature video sports news, interviews and editorials by NBC Sports’ Bob Costas; video segments during the NFL season by Tony Dungy and Rodney Harrison of “Football Night in America;” a daily, weekday NFL Web show by Mike Florio; and a weekly college recruiting show with Rivals and NBC Sports talent.

As part of the collaboration, Yahoo! Sports will link to and promote the NBC Sports Live Extra video player. Fans will be able to watch live streams of NBC’s “Sunday Night Football” and “NHL Game of the Week.” Live content from NBC Sports Network will continue to be distributed through NBC Sports Live Extra on a TV-Everywhere basis.