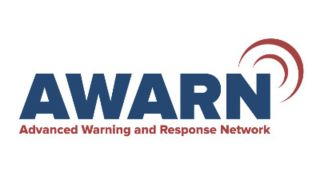 WJLA, Sinclair’s ABC affiliate, and WTTG, the Fox O&O, in Washington, D.C., will take part in the trial. As of this moment, no start date has been identified, he said.

The trial will occur in four two-week blocks. During the first two weeks, the stations will conduct four scheduled tests per day in four different time periods. These will be text-only alerts. “The idea here is that we hit multiple people on multiple schedules,” he said.

The second two-week block will see the addition of real alerts to the scheduled tests during four different time periods. Once again, these tests will be text-only, said Michaelsen.

The third two-week block will include daily scheduled and real alerts during the four time periods. They will consist of text and limited media. The last two weeks of the trial will see the addition of rich media, including maps and video, he said.

Michaelsen made his presentation during “NextGen TV 201: Advanced Emergency Alerting, News and Information,” a webinar presented by the National Educational Telecommunications Association (NETA) in partnership with the Advanced Warning and Response Network (AWARN) Alliance.

Michaelsen discussed the efforts of Sinclair to develop a next-gen emergency alerting workflow. “We want the system to interact with current systems in our newsrooms … because not every single newsroom works on the Avid iNews system, not every newsroom edits with the same platform,” he said.

The goal for the workflow is to not add significantly to the existing workload of producers and reporters. Michaelsen envisions taking the work that is already being done and allowing users to drag and drop it onto a platform that supports advanced emergency alerting.

Above all, Michaelsen said advanced emergency alerting must put viewers first, giving them the ability to limit alerts to those that are of interest.

“So many alerts come across the producer’s desk every day,” said Michaelsen, “but we want to back up because ultimately this is really about the user—the person sitting at home or the person using their mobile device.”

“We want to make sure that in a sense we are almost partnering with them and not necessarily disrupting their lives,” he said.

Sinclair has begun working with the designers of smart TVs to help them guide consumers through a menu of available warnings as they set up their NextGen TVs. Consumers not only will be able to select the types of alerts, such as tornado warning or flash flood warning, they wish to see but also the level of warnings they wish to see—warning versus watch, for instance.

The support for location services in NextGen TV will also play an important part in preventing viewers from being bombarded with alerts. “Right now in most television environments, we send out a flood warning, and it doesn’t affect about 95% of the people that get it. It just irritates them,” he said.

For public broadcasters without newsrooms, Michaelsen said there will be opportunities to partner with news-producing broadcasters that support advanced alerting. “These [advanced alerts] would all be pre-programmed so it doesn’t even require anyone to be at your station. It will just pass through,” he said.