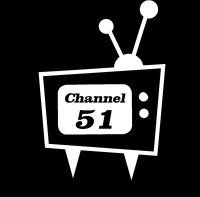 WASHINGTON: The two major wireless industry lobbies have asked federal regulators to boot broadcasters off Channel 51. CTIA--The Wireless Association and the Rural Cellular Association have filed a petition with the Federal Communications Commission asking for a license freeze on Ch. 51, and to eventually clear the bandwidth for their constituents. The lobbies say broadcasters on the frequency are interfering with adjacent-channel wireless service.

“Petitioners requests that the commission: Revise its rules to prohibit future licensing of TV broadcast stations on Ch. 51; implement freezes, effective immediately, on the acceptance, processing and grant of applications for new or modified broadcast facilities seeking to operate on Ch. 51; and accelerate clearance of Ch. 51 where incumbent broadcasters reach voluntary agreements to relocate to an alternate channel,” the petition states.

Channel 51 lies at the top end of the broadcast TV spectrum swath at 698 MHz. Broadcasters also previously transmitted on Chs. 52-69, but those licenses were reallocated for wireless service in the wake of the DTV transition. The FCC auctioned them off in “blocks” three years ago. Ch. 51 is adjacent to the A Block, consisting of 176 licenses at 698 to 704 MHz, and 728 to734 MHz.

The CTIA, the members of which include Verizon, Cox and Cavalier among others, used the Administration’s goal of creating nationwide wireless broadband as justification for booting broadcasters from Ch. 51. The Obama FCC has proposed taking another 120 MHz of broadcast spectrum and reallocating it for wireless services.

“The National Broadband Plan emphasized the deployment of additional spectrum for wireless broadband spectrum as key policy objective of the Commission. While the 700 MHz spectrum in particular is ideally suited for innovative wireless broadband services, licensees in the A Block face technical challenges caused by the presence of broadcast TV services on Ch. 51,” the filing said.

“In light of the significant spectrum crunch and the exponentially increasing demand for mobile broadband services in the United States, consumers cannot afford to have the use of licensed wireless broadband spectrum prevented by the threat of future harmful interference.”

It’s the broadcasters who are legally protected from harmful interference caused by the A Block winners, notes Mitchell Lazarus at Fletcher, Heald & Hildreth’s Comm Law Blog.


“The wireless companies could have solved their problem, in principle, by leaving the lower part of A Block vacant as a guard band,” he wrote. “That would cost a lot of money. Instead, despite not having paid for it, they want the 6 MHz of Ch. 51 to be vacant.”

Lazarus said the petition had not yet been put out for comment by the FCC.