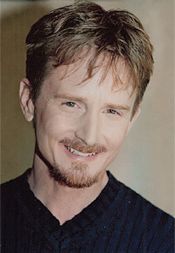 LAS VEGAS—Call it pie-in-the-sky or maybe just having your head in the clouds, but either way, it’s a new attraction coming to the NAB Show for its 2011 edition. “Content in the Cloud” is a confab that aims to take full advantage of one of the Internet’s most innovative (and out-of-sight) storage solutions: cloud computing. It’s set for Monday, April 11.

“It’s among several new conferences added to our line-up this year,” said NAB Science & Technology Vice President John Marino. “‘Content in the Cloud’ is a mini-conference that will address the ways cloud computing can benefit broadcasters and others in the realm of digital media.” In cloud computing, software and data storage are shared (with permission) online—not on a computer hard disc or other physical means. Marino said the mini-meet will answer participants’ questions on digital security, privacy and the overall reliability of cloud computing.

Marty Lafferty, CEO of Distributing Computing Industry Association, said the event will “explore emerging computing technologies that promise to expand the possibilities of digital post-production and distribution—while also threatening the status quo.” Lafferty said for NAB Show attendees with IPTV or online delivery in their future, the mini-conference will feature eight keynotes and four panel discussions examining cloud content delivery and its impact on consumers, TV manufacturers and the media.

“Cloud-based distribution can affect the user’s fundamental ability to access broadcast and cable signal streams and to own virtual copies of television programs and motion pictures,” Lafferty said. Other scheduled panelists include Scott Brown of Octoshape; Jonathan King of Joyent; and Anne-Carole Nourisson of Vivendi Mobile Entertainment.

Chris Brown, NAB’s executive vice president for conventions & business operations, has overseen the machinations of the massive industry confab since 1999. He said show planners and outside experts are continually seeking to assess what’s going on across myriad related industries in helping assemble each spring’s convention. “We try to leave as much flexibility as possible in the process,” Brown said. “The NAB Show is a balancing act, and we always try to come at issues and events from several angles, where possible.”

John David Ware
Another new NAB attraction will be the Telepresence Conference on Tuesday and Wednesday, April 12-13. “This will look at what lies ahead for the future of telepresence and how it’s currently being implemented in a variety of industries,” said Marino, who has rarely missed a spring show in 35 years. “Part of the fascination will include how we humans interact with the virtual environments offered by telepresence.” Telepresence technology has been prominently featured this TV season within such primetime broadcast series as “NCIS” and “30 Rock.”

Another new event—“Media Business Conference: Content in the Digital Age”—is being produced by Digital Media Wire. Its CEO/publisher, Ned Sherman, said the inclusion of the confab “makes perfect sense this year, particularly with all the developments at the intersection of broadcasting and technology. It brings together the best of both worlds — technology and content—for a day of discussions focused on monetizing that content in the digital age.” The meet is set for Wednesday, April 13.

“Master Class in 3D Filmmaking” on Tuesday, April 12, is being described as a “Practicum” to include live demos, and will feature Buzz Hays of Sony and Steve Schklair of 3ality Digital. Also, a new three-day addition (April 11-13), “Content Conference: Creating Entertainment for the Big and Small Screen,” will feature “Zombieland” director Ruben Fleischer; Gretchen Libby of Industrial Light and Magic; Cinematographer Rodney Charters of “24”; and Mark Herman, visual effects editor for “Resident Evil.”

The Telecom Access Networks Conference and Pavilion also are new in 2011. “For the first time, NAB is specifically targeting independent telco operators seeking to expand their technology and business models into offering video services,” said Dr. Richard Ducey, CSO for BIA/Kelsey in Chantilly, Va. The conference is set for Monday and Tuesday, April 11 and 12. “These new venues will provide a deep focus on networking and related technologies and business models driving infrastructure build-out for tiers 2 and 3 operators and their ecosystems.” Ducey said Zhone Technologies CTO Eric Presworsky will keynote on “where this industry needs to go over the next 25 years.”

Finally, John David Ware says have faith that a new summit examining religious themes and film will also grace this year’s show. Ware will moderate the event as founder of 168 Film Project. He said the all-day “Film ‘N’ Faith Summit” on Sunday, April 10, is “designed to allow creators to better satisfy the growing demand for faith and family content.” He said far more easily accessible low-cost digital production tools have resulted in a lot of experimentation in this genre worldwide.