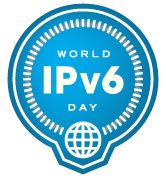 During World IPv6 Day, many large website providers such as Google, Facebook and Yahoo! are enabling IPv6 capabilities on their main websites for a 24-hour period. This will be the first time that a large group of major websites have jointly enabled IPv6, and this test should produce some useful data about how well networks operate at scale using this new technology.

The migration from IPv4 to IPv6 will take years (it has already been underway for over a decade), but Internet users and content providers such as broadcasters may want to assess the impact of this change on their current ways of doing business. In general, this transition is expected to be gradual, with minimal impact on most users.

“Both short term and long term the typical home/corporate user should see no impact, said Mark Taylor, vice president of content and Media at Level 3 Communications, a Broomfield, Colo.-based provider of fiber backhaul. “It’s up to service providers and technology providers to make IPv6 transparent to users.”

IPv6 is a new version of the familiar IPv4 protocol that has been used for Internet addressing since its inception. The current system, which uses 32 bit IP addresses (normally represented in the familiar dotted decimal form of 192.168.1.1, for example), is being replaced with a system that uses 128 bit IP addresses. IPv6 also uses a completely different packet header than IPv4, as shown in Fig. 1. These differences mean that IPv4 devices cannot communicate with IPv6 websites and vice-versa. Fortunately, both protocols can work over existing Ethernet and other low-level networking technologies, so there is no need to replace the physical infrastructure of LANs or carrier networks.

One of the main drivers that is forcing the adoption of IPv6 is the coming exhaustion of the IPv4 address space. With 32 bits, the total possible universe of IPv4 addresses is 232, or just under 4.3 billion possible addresses. As you might guess, most of these addresses have already been assigned to websites, companies and users, so the supply of vacant blocks of IP addresses will likely run out sometime during 2011. It is hard to imagine ever running out of IPv6 addresses, with more than 4 billion times as many addresses available. This change will also simplify some of the functions of routers, because many of the special function bits present in the IPv4 header have been eliminated in IPv6.

Content providers (such as broadcasters who operate websites) may, at some point in the future, need to deal with users who only have IPv6 addresses. These users won’t be able to access websites that only support IPv4 connections. To support these users, many websites are employing a “dual-stack” approach, where web servers are configured to have interfaces for both IPv4 and IPv6 traffic. This method allows both current IPv4 and future IPv6 users to access the websites.

Fortunately, all of the major computer operating systems have already been updated to work with IPv6. Microsoft Windows XP was upgraded in service Pack 1, and Apple Mac OS X v10.3 “Panther” supported it as well. Current versions of Linux and Solaris also support IPv6.

One barrier that could stand in the way of potential IPv6 users is outdated networking equipment, including wireless routers and other network access devices. This can sometimes be overcome with a firmware upgrade to the affected equipment. Another potential barrier is the user’s local Internet service provider, which may or may not support IPv6 traffic through their network. Correcting this could require either patience or a change of carrier.

IPv6 INSIDE THE BROADCAST FACILITY

Some challenges may occur when using IPv6 within LANs, particularly those used in broadcaster facilities. One challenge is the added overhead of the larger IP packet headers, which can increase the network overheads when moving large video files. Another challenge is the cost in both time and support fees that could be required to update and verify all of the specialized equipment used inside a broadcast facility, including video file servers and editing workstations.

For now, there is no significant benefit to migrating from IPv4 to IPv6 within broadcaster LANs.

“While it makes prudent sense to ensure that new equipment being purchased is IPv6 compatible, there is no “big event” to prepare for, per se,” said Derek Anderson, Senior Director, Product Management at Level 3. “IPv4 isn’t going to suddenly be switched off, so existing equipment will still continue to work.”

Users who want to experiment with IPv6 can begin by testing their Internet connection by visiting the IPv6 Test Website, located at http://test-ipv6.com/. This handy site provides a report on the mechanism that a user’s particular browser/network combination can use to access IPv6 websites.