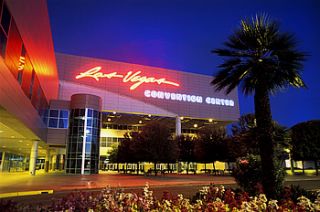 LAS VEGAS
We are on the eve of the industry's biggest convention of the year, and truth be told, things look rough: financial markets in confusion, a recession chomping away at the economy and trade shows in general suffering a formidable slump.

Yet despite that reality, there remains a tangible sense that this year's NAB convention has the potential to slog through the crisis and lead the industry into a future that looks a bit leaner but no less strong—assuming the show can continue to boost core offerings of innovative technology, meaningful alliances, real-world engineering expertise and anti-anachronistic innovations that will support the industry as it weathers the lackluster economy and moves toward a sustainable future.

The industry has already proven its ability to do just that, with innovations that range from HDTV, mobile video, developments in stereoscopic technologies and digital cinema.

For those looking for the silver living in that very large and ominous rain cloud, it's there.

"Anyone who serves home entertainment—especially free-to-air broadcasters whose content is essentially free to consumers—is in a great position to stay in consumers' minds," said James McQuivey, a principal analyst with Forrester Research. "So there is really a case to be made for a 'seize the recession day' kind of thinking."

In a unique twist, the tough state of the economy actually affords the industry the opportunity to pare back its excesses and more clearly pinpoint those technologies and alliances that will move the industry forward.

At its most basic level, the industry is hoping to do that with big-name alliances and industry heavyweights, which serve to remind us all of the breadth of success the professional video industry is able to wield. Running from April 20-25 in Las Vegas, this year's convention will honor big names like comedian Bob Newhart and sportscaster Vin Scully. The duty of offering insights will fall to the likes of analyst Gary Arlen, whose keynote for the Broadcast Engineering Conference will look at the opportunities brought about by the development of new technologies.

NAB is also introducing new workshops, exhibitions and sessions designed to highlight the industry's future focus. Last year the organization ushered in a renewed spotlight on content with its "Content Comes to Life" pitch, which was designed to stress that the NAB convention is much larger than its initial engineering roots would suggest. To this end, the NAB is bringing in some nonbroadcast star power, from movie directors like "Coraline" director Henry Selick to author Malcolm Gladwell whose book "Outliers" looks at super-successful individuals.

The NAB's key goal is to remind attendees that the NAB considers itself a purveyor of all content, from the first steps of invention to the moment it's consumed by the end user. "Our overriding theme is to look at the process from content creation through to the end user," said NAB Executive Vice President Dennis Wharton.

Reality will still intercede, however. If history is any indication, fewer attendees are expected to take in the convention this year, with some estimates expecting attendance to drop 5-10 percent off the 104,000 who walked through the front doors in 2008.

"What I'm trying to figure out is how critical this convention is to people like [small station groups] during a massive recession," McQuivey said. NAB attendees in particular have benefited from the opportunity to network with and learn from their peers, and attendance at NAB sessions is unusually high when compared to other conventions where attendees often skip individual conference sessions, he said. "But when the economy is this bad and ad-spending has been slashed this much, I worry that as many as a third of these people will decide they can skip this year."

NAB organizers plan to discuss the economy during several sessions and conferences, such as "Reinvention in an Age of Austerity" and "When the Going Gets Tough in Broadcasting."

There is hope that the NAB convention will weather the downturn better than other conventions, due to the nature of its attendees and the primary reasons they trek to Las Vegas each year: The opportunity to see and test drive equipment in a venue that isn't readily available the remainder of the year, and oftentimes buy the year's inventory in a single swoop.

The show will also offer broadcasters an update on the ongoing DTV transition, with updates on the status of converter boxes, consumer readiness efforts and must-carry issues, and tackle DTV in sessions like "The DTV Transition: What's Up, What's Next" and "Leaving the Analog World Behind."

Broadcasters also have the benefit of hindsight. Those stations that went ahead with the transition on Feb. 17 have proven "[the transition] was not the calamity that some folks were expecting. It's clear that [the delay was due to] consumers not being ready, not broadcasters," Wharton said. "We said last year that this would be the last show before the DTV transition. Well, this time we really mean it."

The convention will also offer attendees a much-anticipated update on the status of mobile video initiative. Earlier this year the Open Mobile Video Coalition (OMVC) announced the initial lineup of broadcasters expected to launch mobile TV operations this year. Broadcasters have declared their intention to launch mobile DTV across 65 stations in more than 25 markets, which amounts to more than 35 percent of U.S. television households, said Anne Schelle, executive director of OMVC.

"Broadcaster commitment continues to drive confidence that the ATSC candidate standard is in the oven, and that fully baked technologies to support broadcasters are on the product roadmap of many major broadcast equipment providers," she said.

At NAB, the OMVC will demonstrate the inner workings of the business-tobusiness mobile DTV network. "In a sense, the OMVC is re-imagining the wireless experience for mobile TV users, and that will create a broad new manufacturing opportunity that will be on display for the first time," she said.

The OMVC plans to showcase together all the pieces of the mobile DTV chain—from content and interactivity to encoding and metadata to multiplexing and emission. Las Vegas stations will broadcast over-the-air with real content offerings and demonstrate business opportunities, she said.

The new 3D Pavilion will showcase 2D-to-3D conversion technologies, display systems, editing and modeling software, and cameras and eyewear. Other new offerings this year include a new Content Commerce Pavilion that will link together content owners, creators and distributors.

As broadcast divisions tighten belts—from Heart-Argyle Television who is cutting hundreds of jobs, to the Washington Post Co. who saw its fourth quarter 2008 revenues fall 7 percent—the convention's exhibit floor will likely serve as a litmus test on how technology can offer to help stations do more with less. The NAB expects more than 1,600 exhibitors on the show floor this year, including 135 new exhibitors.

"While we expect fewer attendees per company, it does allows time for betterquality discussions and interaction with our customers," said Ray Baldock, CTO and vice president of marketing for Grass Valley. Even though networks will likely send fewer people this year, he believes, they will still want to see what's new from exhibitors in Las Vegas.

On the show floor, attendees can expect companies to tout technologies that promise to increase efficiency and boost the bottom line, be they asset management systems, automation offerings or economical HD gear.

The NAB organization, of course, says that its annual convention gives attendees a unique edge: the B2B connections—coupled with the fact that the show "cuts across so many different industries"—gives attendees opportunities not always found at other consumer-based conventions, Wharton said.