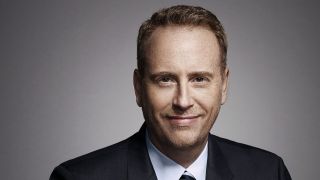 Cynthia Littleton, business editor at Variety, will ask Greenblatt about the opportunities WarnerMedia has and the company’s plans for its newly aligned sister companies HBO, TNT, TBS, truTV, Otter Media and the soon-to-be-launched HBO Max, all of which are part of the company’s newly formed Direct-To-Consumer division.

The interview is intended to offer insight into the complex dynamics affecting media. Greenblatt will discuss how the company is expanding its offerings—such as HBO Max, which launches in May—to succeed with today’s audiences.

Besides serving as chairman of WarnerMedia Entertainment, Greenblatt is chairman of Direct-To-Consumer, overseeing a global workforce with responsibility for all creative and operating decisions across its portfolio.

As previously announced, the 2020 Executive Leadership Summit will return to the Encore at Wynn Las Vegas during the NAB Show. It is produced in partnership with Variety.

Attendance at ELS is invite-only. However, senior-level executives interested in attending can visit nabshow.com/els or contact ELSconcierge@nab.org to request an invitation.

More information is available on the NAB Show website.