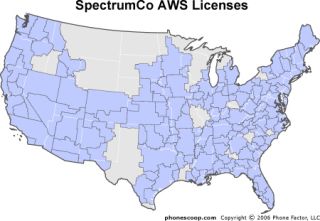 WASHINGTON: The U.S. Department of Justice has approved a $3.6 billion spectrum deal between Verizon Wireless and three cable operators, with some conditions imposed.

Verizon announced last December that it agreed to buy advanced wireless spectrum held by SpectrumCo, a consortium of Comcast, Time Warner Cable and Bright House Networks, for $3.6 billion. The deal included a cross-marketing agreement whereby the cable companies would sell Verizon Wireless service, and vice versa. The deal drew fire from competitors and close scrutiny from regulators. As the review dragged on, Verizon announced in January that it would offload some of the SpectrumCo AWS to T-Mobile if the deal were approved.

Verizon proceeded to launch cross-marketing efforts on a city-by-city basis, which the DoJ’s Antitrust Division, along with the New York State Attorney General’s office, has filed a civil antitrust lawsuit with the U.S. District Court for the D.C. Circuit, to stop. Should Verizon agree to the DoJ’s proposed settlement terms, it will be withdrawn.

“Verizon and the cable companies are direct competitors in many local markets throughout the United States where Verizon offers video, voice and broadband service. The series of commercial agreements between Verizon and the cable companies would have threatened this competition,” the DoJ said. “Most notably, the agreements, as originally structured, would have required Verizon Wireless to sell the cable companies’ services on an ‘equivalent basis’ with FiOS where FiOS is available, thereby reducing Verizon’s ability and incentive to sell its own services aggressively.”

Consequently, Verizon will be prohibited from reselling SpectrumCo members’ pay TV service within its FiOS footprint, and can only market their broadband services for five years. The DoJ also imposed an end date on a technology joint venture between Verizon and SpectrumCo.

“The settlement also forbids any form of collusion and restricts the exchange of competitively sensitive information. Verizon and the cable companies would also be required to provide regular reports to the department to ensure that the collaboration does not harm competition going forward,” the DOJ said.

The DoJ said its decision comes after a “closely coordinated investigation with the Federal Communications Commission,” which has yet to vote on the deal. The FCC’s Media Bureau chief Rick Kaplan today said that in addition to the conditions described in the DoJ announcement, that Verizon Wireless had voluntarily agreed to offer data roaming to competitors for five years, and to “substantial build-out conditions” to be achieved by 2021.

Kaplan said he couldn’t put a timetable on the FCC vote.

FCC Chairman Julius Genachowski said he believed the commission should approve the transaction, and that he would be circulating a draft order to his colleagues to do so.

“Specifically, Verizon Wireless has undertaken an unprecedented divestiture of spectrum to one of its competitors, T-Mobile, and has committed to accelerate the build-out of its new spectrum and enhance its roaming obligations,” the chairman said in a statement. “In addition, the companies’ commercial agreements will be modified to, among other things, preserve Verizon’s incentives to build out FiOS, increase wireless competition, and ensure that the proposed IP venture is pro-consumer and that its products cannot be used in anti-competitive ways.”

Gigi Sohn, president and CEO of Public Knowledge and a long-time regulatory activist, said the conditions were not enough to protect consumers.

“For years, policymakers have hoped that ‘facilities-based’ competition between wired broadband providers would protect consumers, drive down prices, and encourage new deployment,” she said in a statement. “It is clear that this promise has not been fulfilled. Instead, Verizon has stopped deploying fiber, and will be marketing cable broadband instead of its own services in non-fiber markets.”