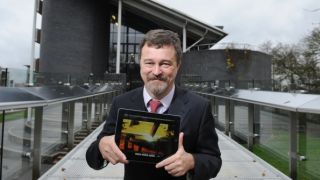 Researchers have pushed the boundaries of High Dynamic Range (HDR) video to match our own eyes’ ability to cope with the real world's ever rapidly changing light intensity, such as sun simply going behind clouds.

Now researchers at WMG at the University of Warwick (U.K.), have found a way to compress and stream HDR video directly to monitors and mobile devices, such as an iPad.

The researchers, working in partnership with spinout company goHDR, have succeeded in achieving and patenting a method of real-time encoding and remote display of High Dynamic Range (HDR) video. Working with Portuguese partner INESC Tec, they also have been able to demonstrate the technique in action on an iPad.

This means that full HDR video content can now be encoded and streamed directly to remote displays, including mobile devices, or sent for storage back at home-base. Gaming will be transformed too, with HDR content being directly available for interactive online and cloud-based games.

However, the amount of data required to capture all of this extra detail is huge. For example, high definition true brightness footage generates the equivalent of a CD worth of data every second. A goHDR-patented algorithm is capable of compressing HDR frames by at least 150:1 with minimal perceptual loss of quality. The partners have now developed a new method that enables uncompressed HDR frames to be encoded and streamed to a remote device in real-time. Encoding rates of more than 60 frames per second (fps) have been achieved for 720p resolution on a modern 16-core computer.

“Previously HDR video compression had to be done off-line,” said Alan Chalmers, professor of Visualisation at WMG, University of Warwick, and founder and Innovation Director of goHDR. “This meant the HDR video data from a camera had to be first stored on special high-speed disks, encoded and finally transmitted. This could take many minutes, precluding any live broadcasts. Real-time encoding now opens up many more opportunities for people to experience HDR content directly.”