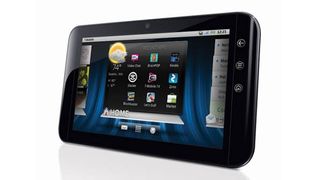 Sales of tablet computers are soaring in the United States and the devices are now owned by 29 percent of American consumers, said the Consumer Electronics Association.

The CEA’s research shows that tablet ownership rates have increased nine percentage points from the end of the previous quarter. The study examined trend information on consumer behavior and sentiment regarding the sale and use of tablet computers between April and June of 2012.

“The overall market for tablets continues to grow significantly with household penetration increasing for the foreseeable future,” said Kevin Tillmann, senior research analyst, CEA. “Rarely has a new device category been so quickly embraced by consumers, businesses and education.”

Broadcast news organizations have been racing to put their content on tablets, viewing it as a major new outlet for news, sports and other programming. The tablets have enabled a new trend of television viewing anywhere at anytime.